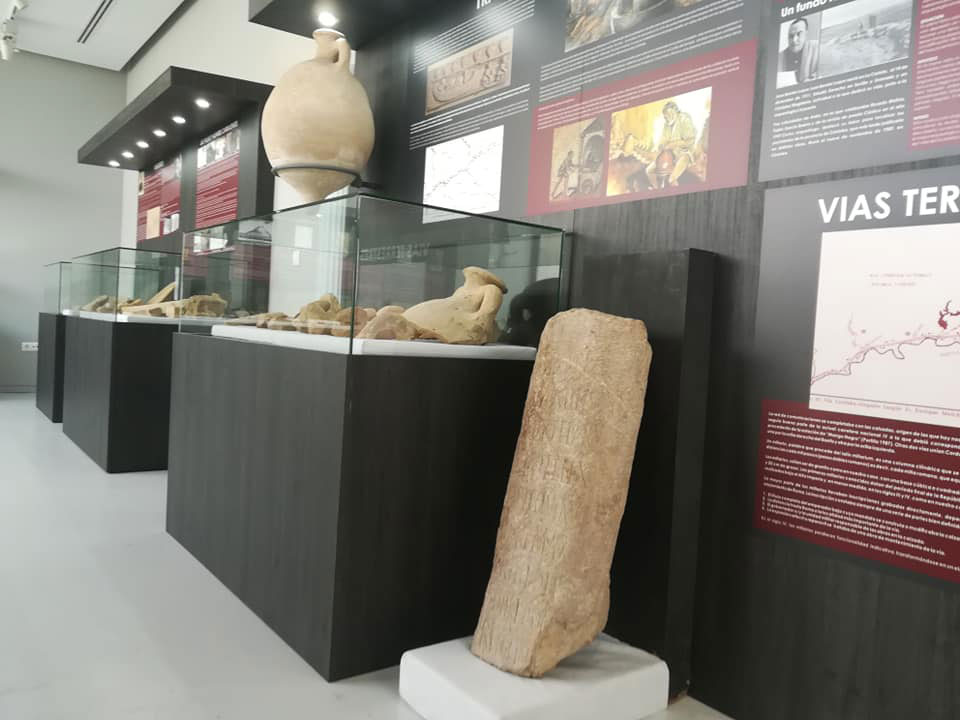 T he habitat in the municipality of Almodóvar del Río dates back to the Lower Palaeolithic, having documented several sites (railway station, mouth of Arroyo del Temple and Los Mochos), which have provided stone materials called boulders and hand axe. Likewise, in a small cave in the hill of the Castle, dated vestiges in the Chalcolithic appeared.

The transit to the historical period is witnessed by the material remains assigned to the bronze Age, located in sites of the confluence of the river Guadalquivir and the river Guadiato, and also in the hill of the Castle. In the latter place, evidence of the permanence of the habitat in the Iberian period has also been found, as evidenced by the finding of the typical Iberian painted pottery of bands and circles. Of great relevance is a stone frieze with hunting scenes, in which, the hunt of a deer by several characters on horseback, followed by a cart pulled by donkeys is depicted; it is dated between the fourth and third centuries BC.

In Roman times, the main population concentrated in the surroundings of the hill of the castle, extending through the northern area of the current town, where amphorae and coins have been discovered; burial tombs have also been documented in the vicinity. It has been identified with Carbula, a city mentioned in a passage (Naturalis Historia, III, 10) of the Roman geographer Pliny the Old; Carbula was an oppidum -fortified town-, which, with the arrival of the Romans, would be integrated within the colonial territory of Colonia Patricia Corduba. This territory stands out for the abundance of archaeological sites that testify to an extraordinary agricultural activity, focused on the cultivation of the olive, and on a great development of the olive trade; huge quantities of oil were exported and bottled in amphorae, made in potters’ workshops near the river Guadalquivir (Cortijo de Rojas, El Temple, El Sotillo, Villaseca…). Important hydraulic engineering works are the underground aqueducts of Cortijo Nuevo and Fuenreal.  The habitat would last during the Visigoth period, according to the funerary epigraphs dated in the second half of the sixth and in the seventh centuries. 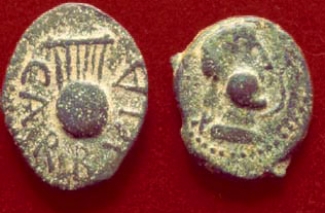 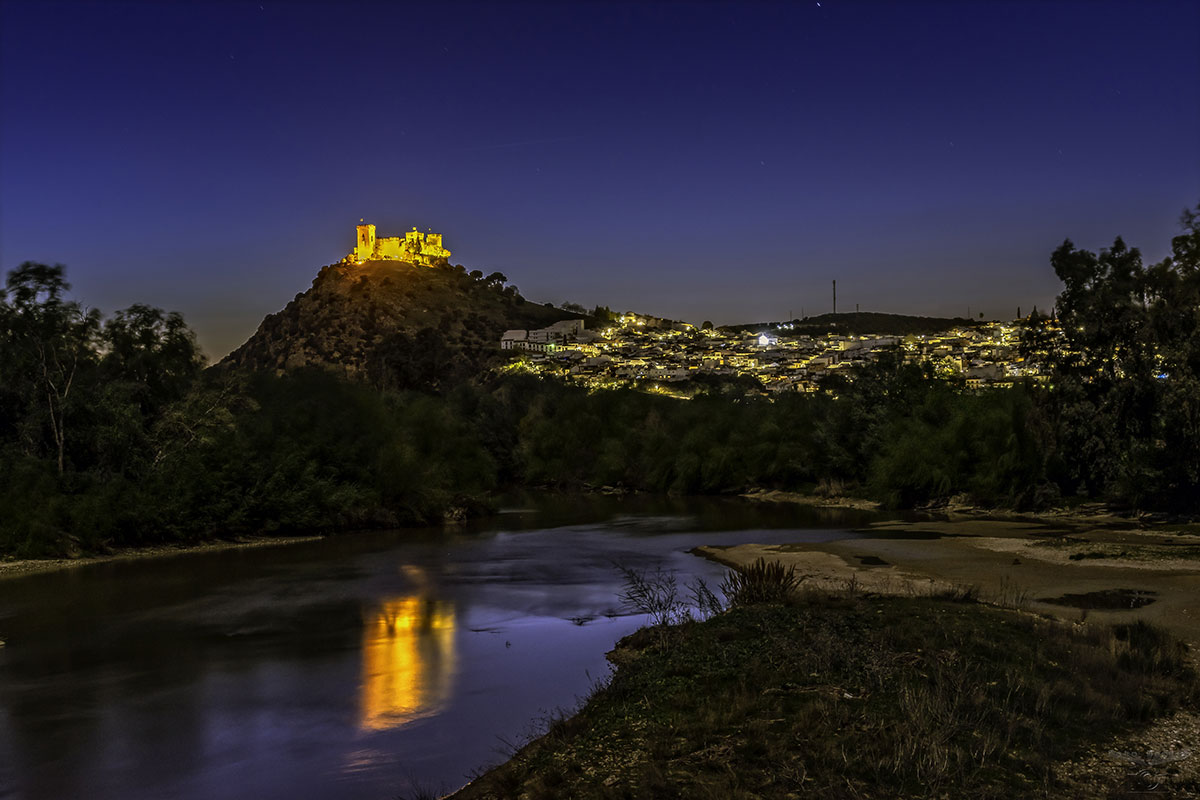 With the Muslim conquest, a fortress was established on the hill (740), and the town was given the name of al-Mudawwar al-Adna, a toponym that means “the round”, in clear allusion to the shape of the same hill. The chronicles mention the population in that year, when the caliph of Damascus appointed for the second time to occupy the emirate of al-Andalus the lord of Almodóvar, Add al-Malik ben Qatan until he dies in the civil war against the Syrians. During the eighth, ninth and tenth centuries, the fortress and its boundaries were part of the cora of Cordoba; in the eleventh century it was attached first to the taifa of Carmona and then to that of Seville; with the Almoravids it was returned to the jurisdiction of Córdoba and, finally, in the twelfth and part of the thirteenth centuries came to depend on the Almohad court of Seville. This district had a large rural population and was covered with forests, little grain production and abundant hunting. 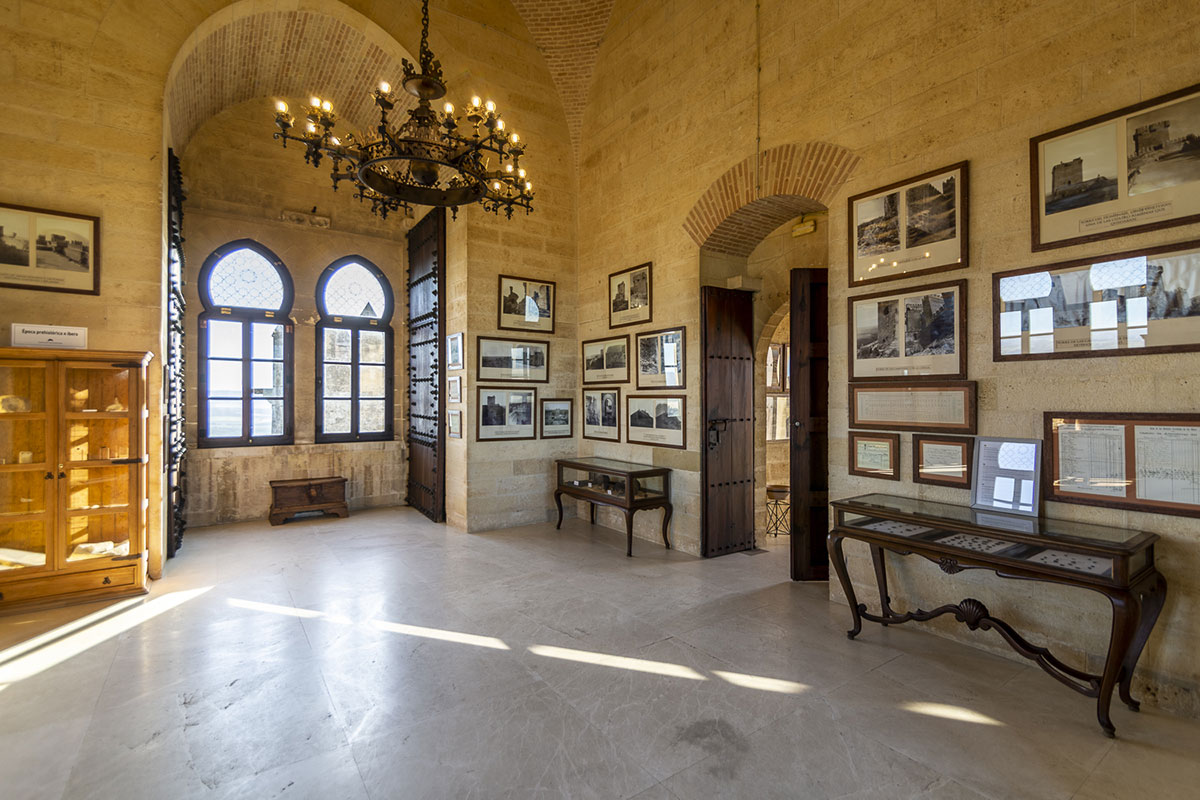 In 1226 the Muslim king of Baeza was beheaded in Almodóvar del Río, he was accused of treason by the Almohads for his alliance with Ferdinand III the Saint, king of Castile and Leon.

It remained under the influence of the Islamic civilization for five centuries, until in the year 1240 it was incorporated, by pact, to the Crown of Castile during the reign of Ferdinand III the Saint, king of Castile and Leon, who conquered the city of Córdoba in 1236. In 1243 the town was handed over to the Council of Córdoba, remaining under its jurisdiction for the following centuries.

In 1394, Fadrique de Castilla, illegitimate son of Enrique II de Castilla, died in the castle of Almodóvar del Río, while being held as a prisoner there. The possession of the castle is linked during the fifteenth century to the House of Baena and Cabra. Likewise, its magnificent situation and the impregnability of its walls made it to be used as a residence of the monarchs Pedro I and Enrique II, and as a prison, as testified by an order of the Royal Council (1491). Around 1473 the name of Almodóvar del Río, used to refer to its location on the banks of the Guadalquivir river, appeared for the first time ever.

The town remained linked to the Crown, until Philip IV agreed to the sale of the jurisdiction and lordship for fifteen million maravedis and the mayor’s office and the Castle for a million and a half, in favour of Francisco Corral and Guzmán. Its population was reduced during this period: from 1600 residents in 1530 to 800 at the end of the Modern Age; most of them worked in the fields, mostly as day laborers. Cereal farming was at the top, followed by the olive grove, and less important were grapevines. Cattle provided part of their livelihood, especially goat livestock, followed by wool and sow.

The liberal revolution, which took place in Spain at the beginning of the 19th century, had repercussions of great socioeconomic importance in the town, since the disappearance of the feudal regime and the ecclesiastical and municipal confiscations had repercussions on the consolidation of the latifundium within the boundaries of the town, which generated a high social conflict, as manifested during the Second Republic and the Spanish Civil War.