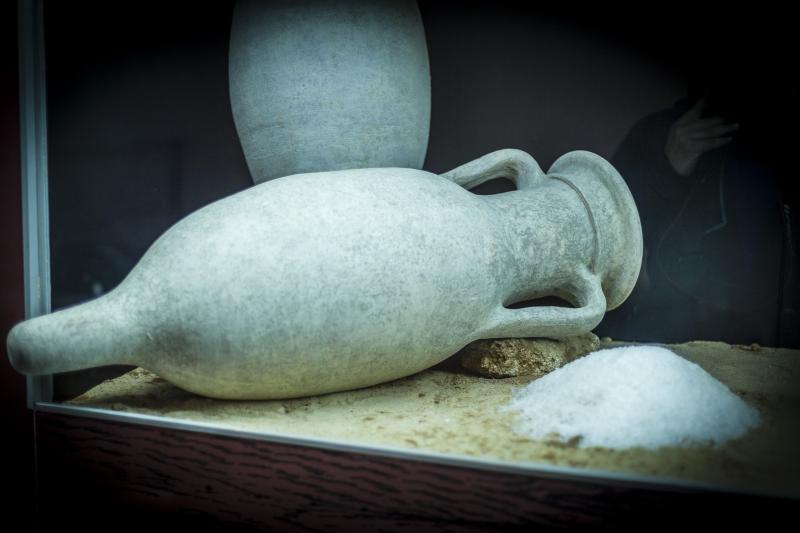 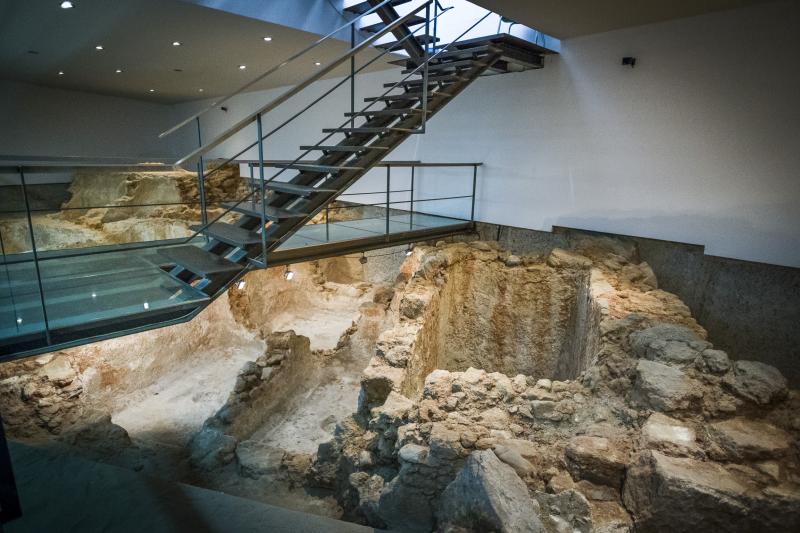 A large Roman salting factory was unearthed under the former Andalucia Theatre in 1995 and part of the factory has been kept intact in the basement of the new building.

This factory was built on the banks of one of the branches of the old Bay-Caleta channel and traded until the start of the 4th century A.D. It was laid out around a large courtyard, under which there was a cistern, where the “graffiti” of the lighthouse were located and which are now in the safekeeping of Cadiz Museum. The preserved area is a sector of different sized basins, which, as was common at the time, were covered with hydraulic concrete, with reinforced corners to avoid filtrations and a central recess for cleaning.