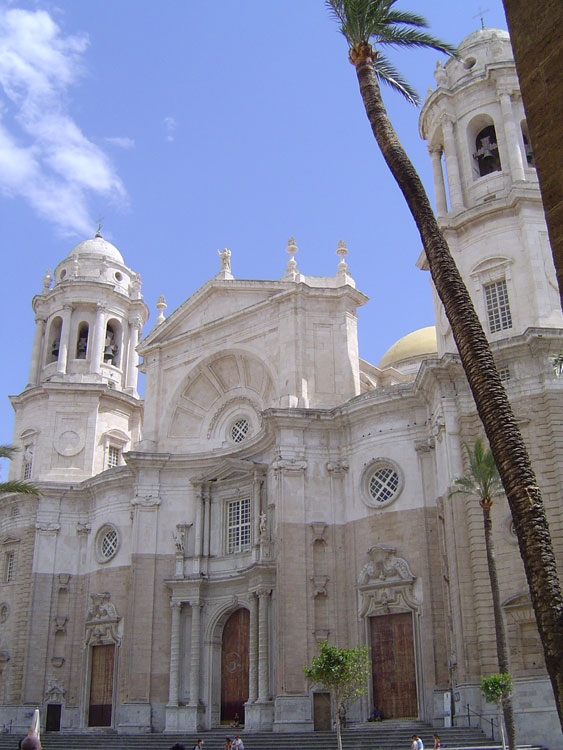 Cadiz’s heyday in the 18th century, thanks to the monopoly of the trade to The Americas, required an appropriate setting for the liturgical rites that could no longer be offered, despite its venerable antiquity, by the Old Cathedral of Santa Cruz. With the financial backing of the shippers to the Indies, work began on building a grandiose architectural design, designed by Vicente Acero in 1722.

The ingeniousness of the architecture added an original air to the design as it combined the Spanish architectural tradition with Italian Baroque forms. A layout in the Gothic-style with a striking ambulatory is combined with the lavish lines that were typical of the Italian architects of the time.

Due to the scale and the pace of the work, which was highly dependent on and sometimes hindered by trade revenues, the construction was subject to different projects with changes being made to the original drawings. In fact, the church would not be consecrated until 1838.

Out of all these modifications, special mention should be made of the Neoclassical tastes that would be introduced over time, even though the spirit of Vicente Acero prevailed throughout the project. The changes in style are clearest in the highest parts of the Cathedral: the dome, towers and the finish of the main façade.

The layout is a Latin cross floor plan with three naves, ambulatory and side chapels. The naves are separated by elliptical pillars with Corinthian columns finished with striated shafts. The main frontage, framed by two large towers make it more imposing, are divided into three sections. The white marble main entrance is in the central section.

The octagonal towers are made up of three structures, the first in the Baroque style and the other two in the Neoclassical style. The dome, rising up over the transept, is noted for its outside being yellow, thanks to using glazed tiles, and for the sculptures of the four Evangelists on its base.

There are a total of 16 chapels inside, including the Chapel of San Sebastián, with a painting depicting its namesake, dated 1621 and the work of Andrea Ansaldi from Genoa; the Chapel of San Servando y San Germán, which has Baroque carvings of those saints and the work of Luisa Roldán, La Roldana, dating back to 1687; the Chapel of Santa Teresa with the processional monstrance of the Corpus Christi, made in silver between 1649 and 1664 and designed by Alejandro Saavedra; and the Main Chapel, which has a Neoclassical circular shrine in coloured marble and gilt bronze, following the 1790 design of Manuel Machuca.

Special mention should be made of the crypt, designed by Vicente Acero and completed in 1726. It is organised around a circular space covered by flat vaulting which opens up into rooms. The main feature is a rectangular area with burial niches, where there is a Genoese marble altar on its guide base. The altar is from the 17th century and features the white marble statue of Our Lady of the Rosary, a Baroque image of great quality attributed to the Italian sculpture Alessandro Algardi. Manuel de Falla and José Mª Pemán, famous sons of Cadiz, are buried in the crypt, along with bishops from the diocese.

The 18th century would shape the urban development of the city, which still can be seen today, and produced a cultured, practical and commercial bourgeoisie, open to free trade in the economic arena and a constitutional monarchy in the world of politics.

In this conducive climate, Cadiz welcomed the politicians who took refuge in the city, which was besieged by Napoleon’s troops that had overrun Spain. Those politicians constituted the legislative assembly or Cortes Generales and drafted the first Spanish Constitution, La Pepa, in 1812.

The city’s history in the 20th century was noted for the rise of shipbuilding, during the 1960s and 1970s. Cadiz became highly dependent on its shipyards, a situation that would abruptly change with the oil crisis and the shifts in the world shipbuilding market.

The city is now clearly focused on developing tourism, port activity and the service sector in general.

The entrance fee includes the visit to the Cathedral, the Chancel, Crypt, Cathedral Museum and the Clock Tower. 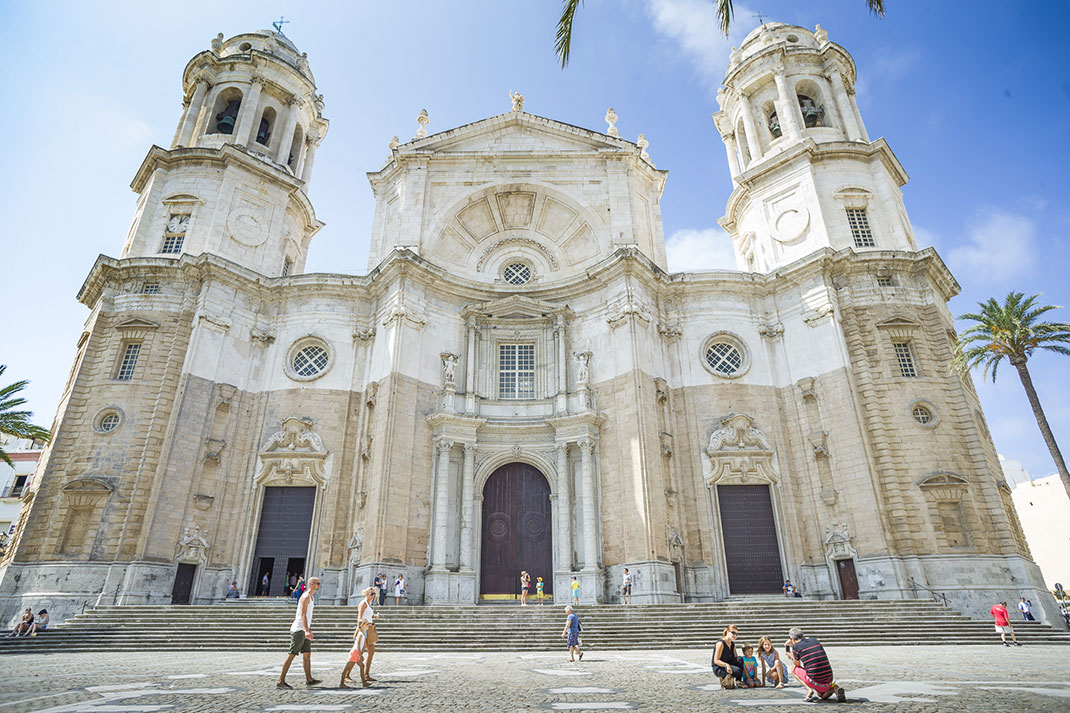 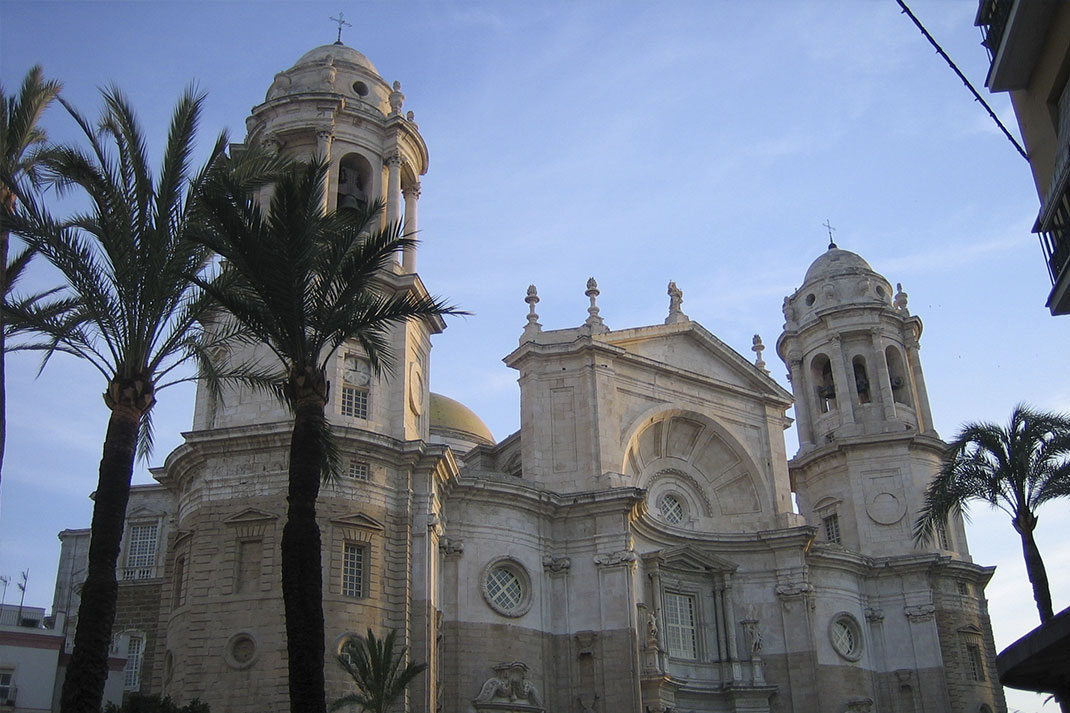 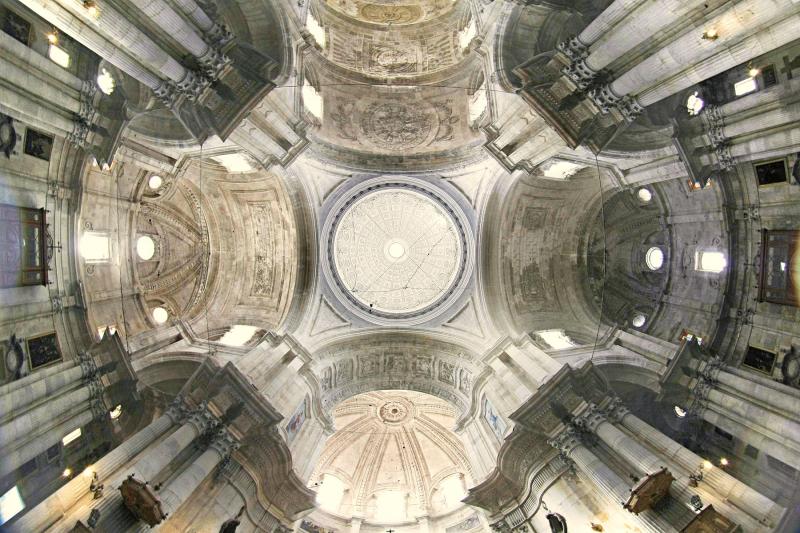 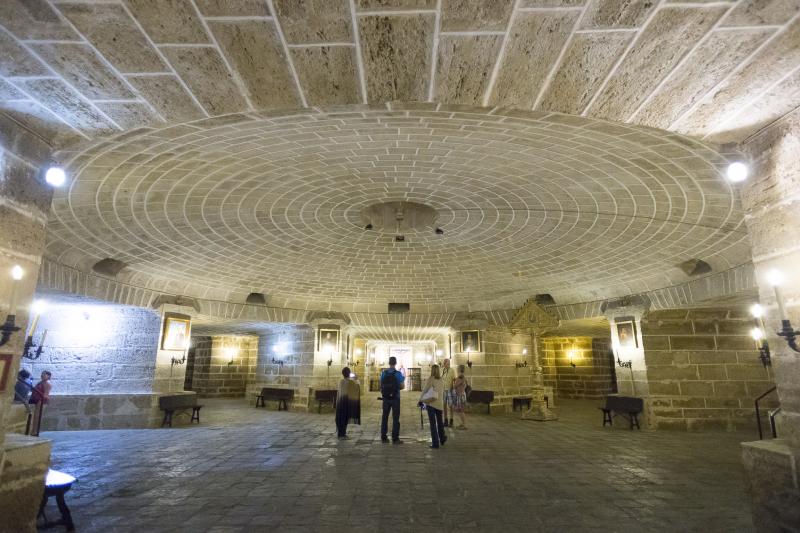