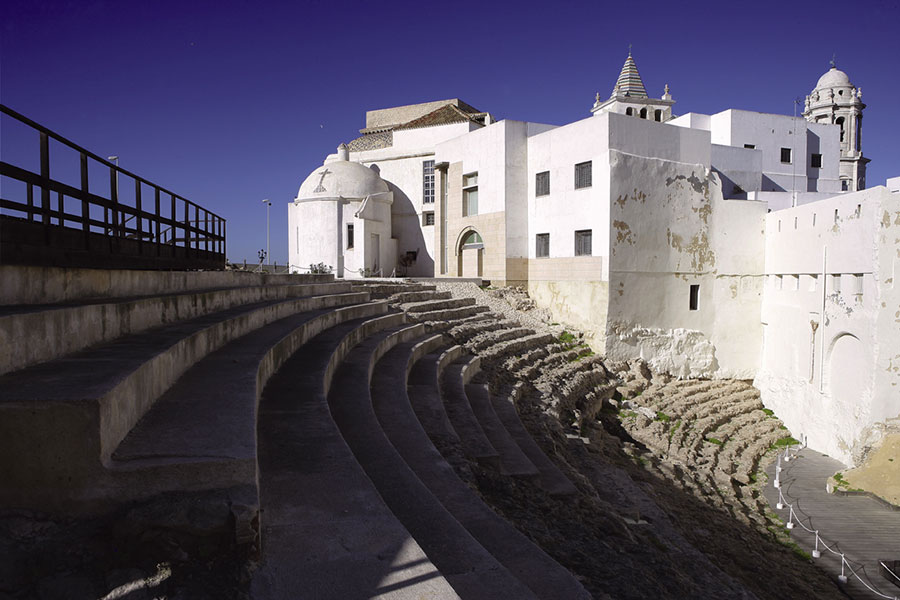 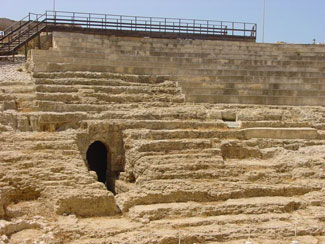 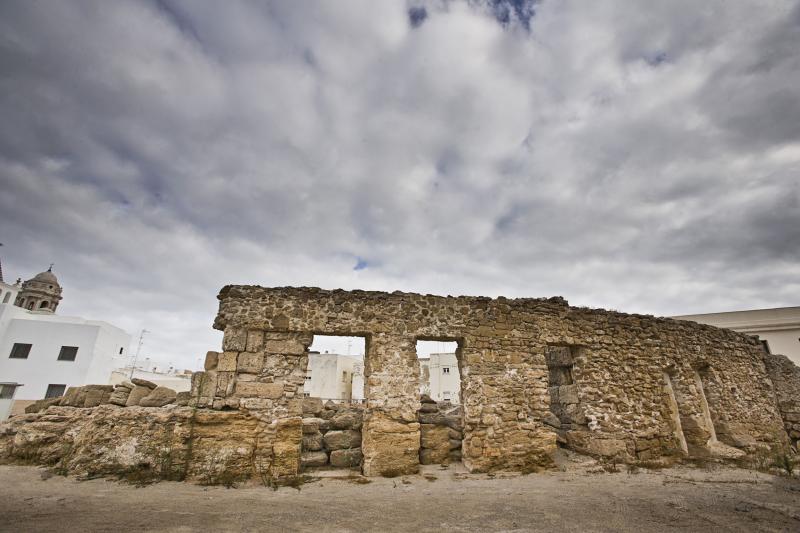 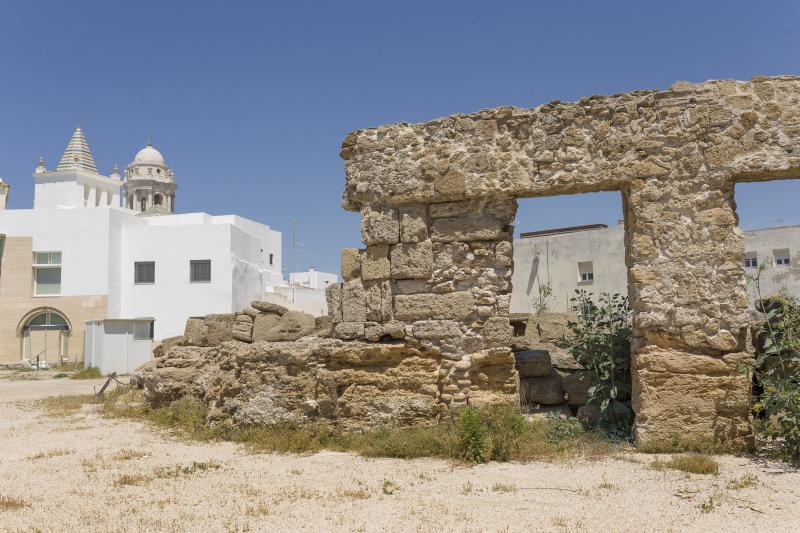 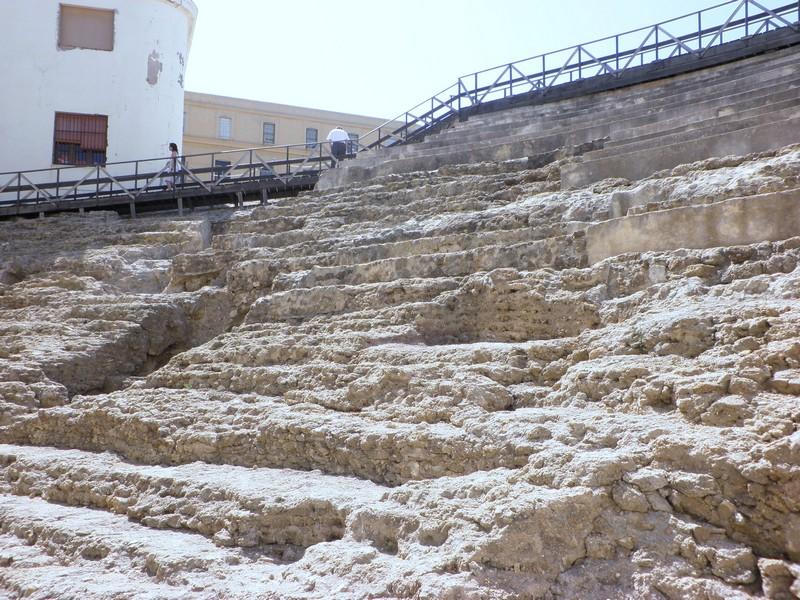 Cadiz’s Roman Theatre was built in around 70 B.C., when Lucius Cornelius Balbus “the Elder”, born in Cadiz and personal friend of and adviser to Julius Caesar, decided with his nephew, Balbus “the Younger”, to expand the urban perimeter of Gades and to build the Neapolis or new city. An amphitheatre and a theatre were built there and the latter was unearthed under today’s El Pópulo district in 1980.

The building was abandoned at the end of the 3rd century A.D. and was plundered from the following century onwards. However, the remains of its imposing structure were used as storerooms, stabling and housing right up to the Middle Ages. It was also used as the foundations for the Moorish fort, referred to as the “Castle of the Theatre” in sources of that time, and which Alfonso X “the Wise” rebuilt after he conquered the city.

Digs have unearthed part of the theatre, which can be considered the oldest and one of the largest on the Iberian Peninsula. Its structure has very archaic features, with a horseshoe auditorium and parabolic tiered seating. A large distribution gallery, covered by circular barrel vaulting, ran under them. The auditorium is built on a slope and they had to cut into natural rock to construct a gallery, while the outside wall was built on perfectly hewed ashlars and with entrances onto the tiered seating.

The most monumental area of the complex, the stage and the portico behind it, have not been unearthed and their ruins remain hidden under the El Pópulo neighbourhood.

This new facility provides a complete picture of the site of Cadiz’s Roman Theatre and of its historical context. Built in the 1st century BC, the theatre the is oldest and second largest of its type conserved in Spain.

Visitors to the centre will discover the specific features of Cadiz’s Roman Theatre, based on the historical origins of its construction, similarities and differences with other known Roman theatres, the analysis of its different parts, the intricacies of its architectural decorations, the materials used in its construction, etc.

One of the highlights are the accurate models of the known current state of the excavated theatre and which also depict the parts that have disappeared or are still pending being unearthed, thanks to the research conducted and the scientifically proven data.

The “Theatre of the Neapolis” is the first area, where the form and function of a Roman theatre is analysed in its context, along with its role in the organisation of the Roman Neapolis or new city; the visit continues in “The Castle of the Theatre”, which is set in the context of the neighbourhood, followed by “The Theatre of Balbus”, where the models and archaeological remains are on show and the hypothesis of what it could be is discussed. Finally, an educational documentary considers the Theatre and Society.