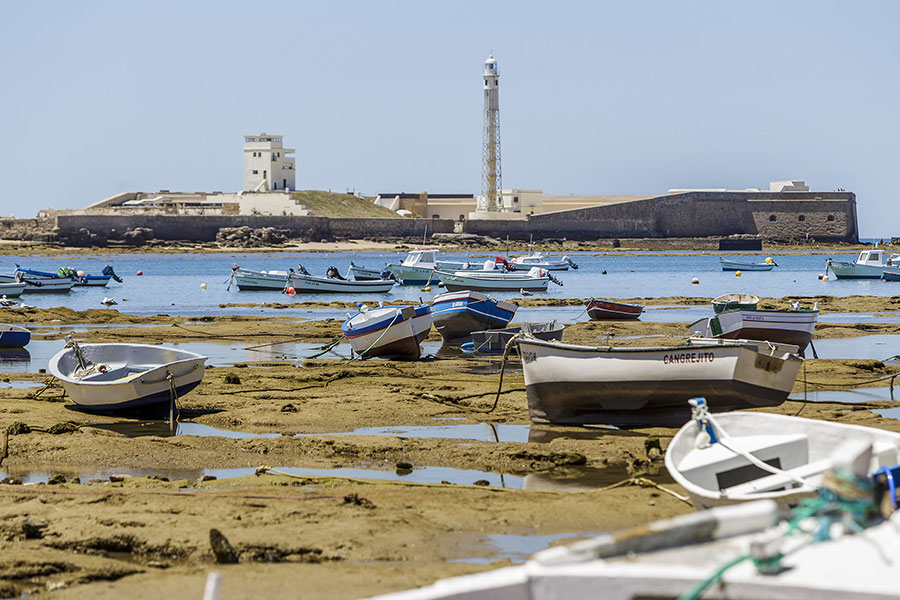 San Sebastián Castle also overlooks La Caleta Beach, on the opposite side to Santa Catalina Castle. According to classical tradition, the Phoenician temple to Ba’al Hammon stood on the island that today is home to the castle. Located at the entrance of the channel that separated the ancient islands of the Gadeiras archipelago, the whole area was a bustling trading area of great importance due to its anchorage.

This natural harbour was where, first, Phoenician, and later Roman vessels arrived, bringing a wealth of goods from the Mediterranean basin to Gades, as Cadiz was known. They then set sail to the whole Empire loaded with raw materials and products produced here, particularly Cadiz’ prized salted goods.

San Sebastián Castle stands on this small island, which is named after a chapel built in 1457 by the crews of a Venetian boat, who were allowed to remain there to recover from the plague that ravaged their vessel. The Venetians built the temple using the remains of an old lighthouse, which was replaced in 1613 by a watchtower, that served as defence as well as helping to guide seafarers. The lighthouse was rebuilt in the 18th century and was replaced by the present structure in 1908.

A castle was built in 1706 to reinforce the defence of this position, which was initially reached by means of drawbridges across the perimeter moat. A parapet surrounded the island, except for the southern area, where the escarpments were considered sufficient.

In 1860, this parapet was replaced by a more robust fortification with inner bunkers known as the Santa Isabel military outpost. That was when the walkway that still links the island to the city was built.