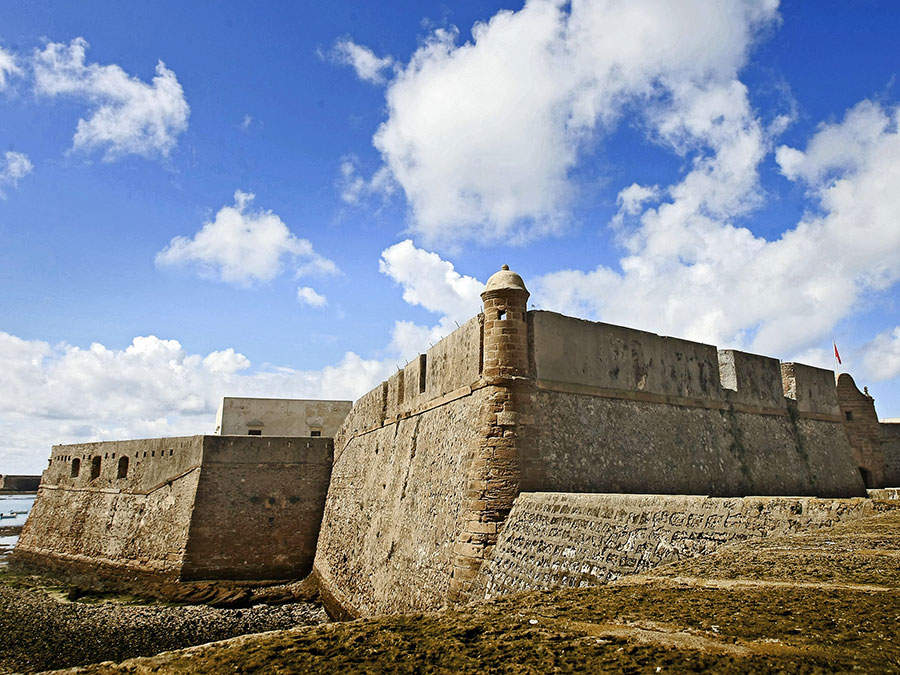 Overlooking the quintessential La Caleta Beach, Santa Catalina Castel is at the most eastern entrance of the former Bay-Caleta channel, opposite El Nao headland, where the ancient Phoenician Temple to the Goddess Astarte stood according to classical texts. Proof of this is the important archaeological remains found in the area and which are on display in Cadiz Museum.

After the Anglo-Dutch plundering of the city in 1596, King Philip II of Spain sent the engineer Cristóbal de Rojas to Cadiz to work on a project to defend the city. Rojas believe that the first thing to be done was to build a fortress on the Santa Catalina cove to defend one of the most vulnerable fronts along the shoreline.

The castle is a fine example of the military architecture of the Modern Era and has survived practically intact to the present. It has a star-shaped floor plan with two clearly defined fronts, one consisting of three triangular buttresses overlooking the beach and another open to city with the complex’s only gate, protected by two buttresses and a moat whose water level was regulated by sluice gates. A bridge leads up to the single gate, protected by an upper guardhouse, under which there is an inscription commemorating the completion of the work during Philip III of Spain’s reign. The different buildings inside overlook the parade ground, which has colonnades on two sides, while the Chapel of Santa Catalina, built in 1693, is on the third side.

This fortress has now become a multipurpose recreational and cultural venue. It has temporary exhibition rooms, and runs educational workshops for students, and craft and artistic workshops. Concerts and activities are organised on the castle’s parade ground in summer.