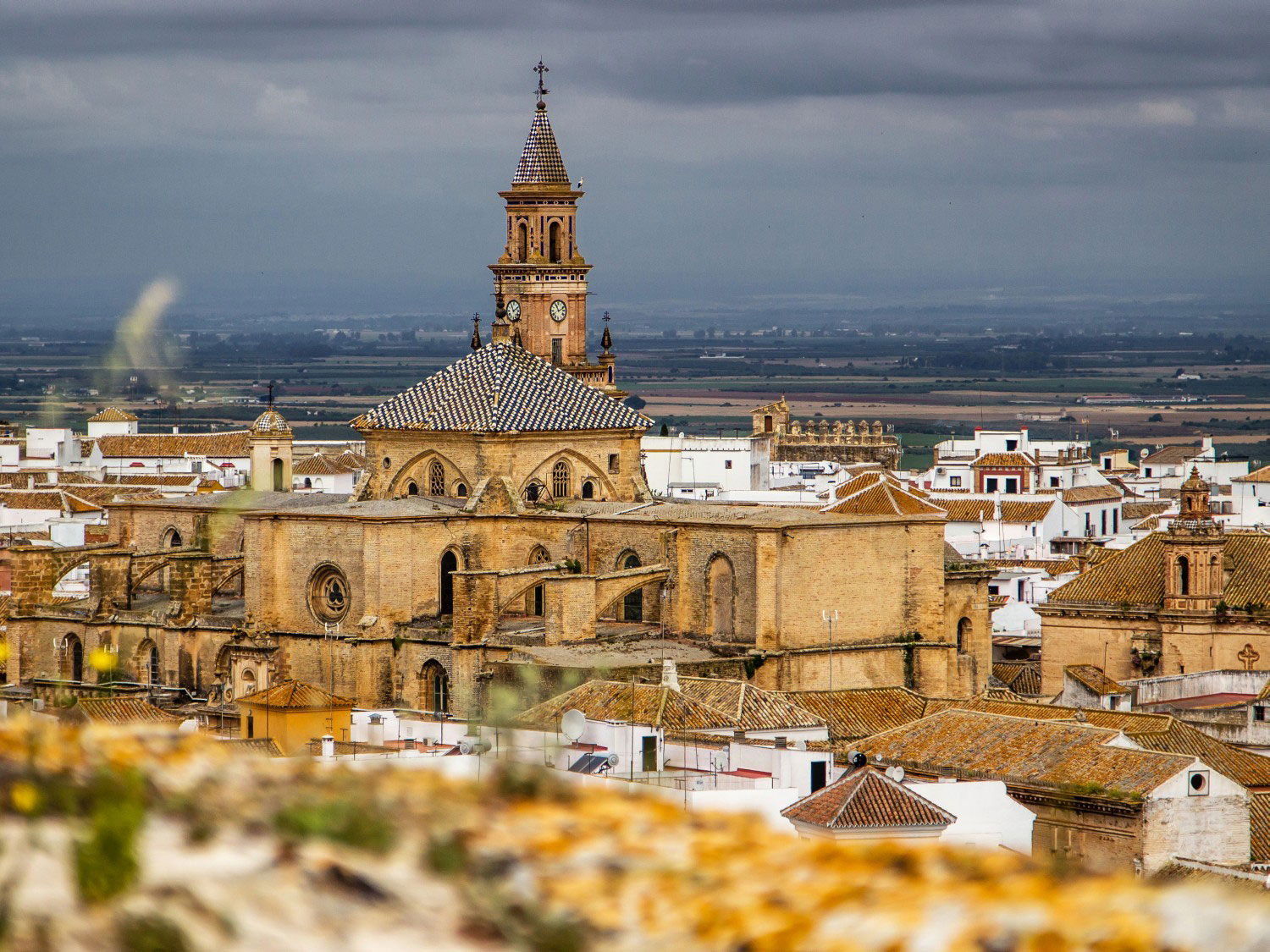 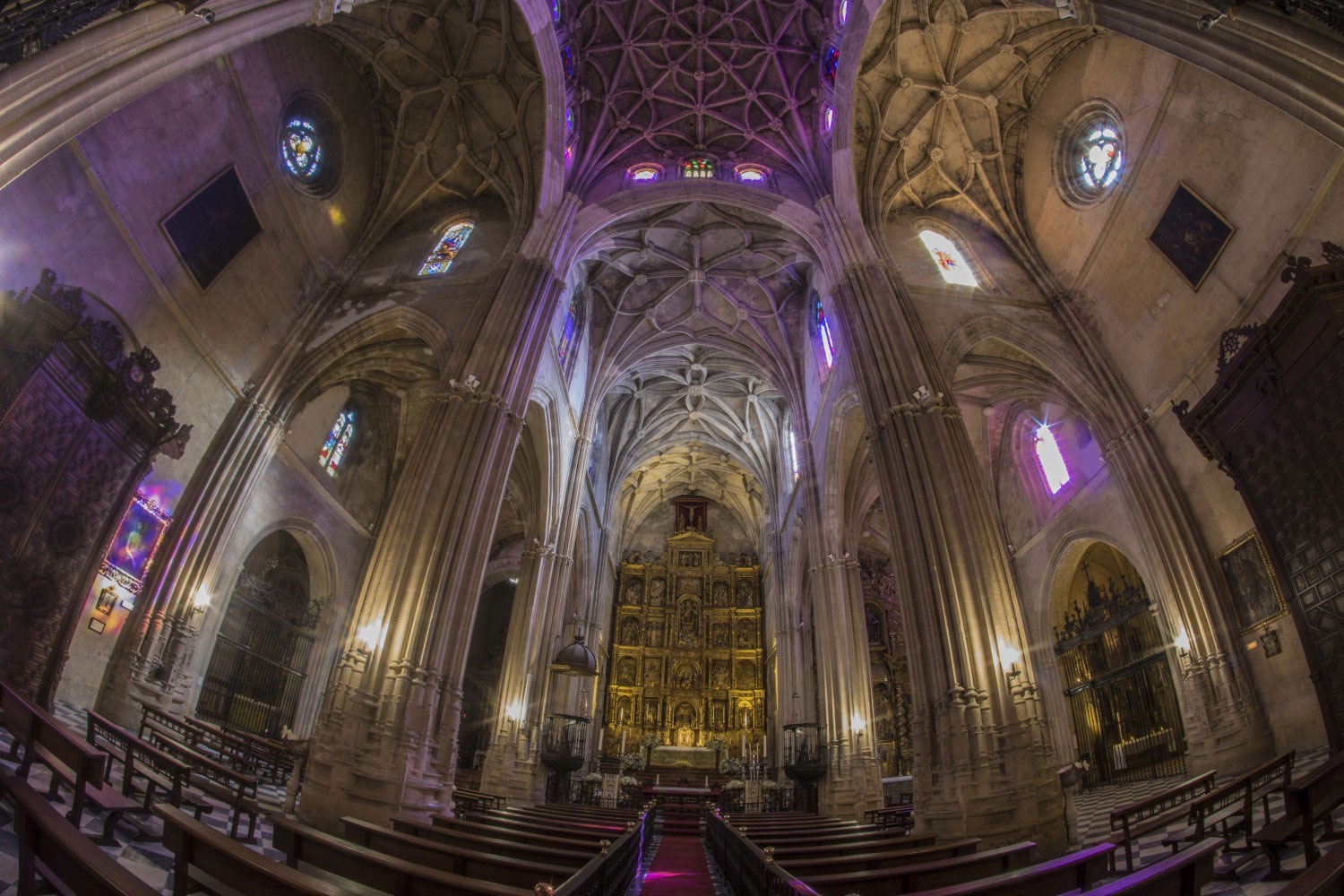 It is the maximum example of religious architecture in Carmona.

It was built on the site of the old main mosque, of which the ablutions courtyard is still preserved.

The real importance of this architectural complex lies in the Christian church, designed according to the late Gothic Andalusian style.

The church has a hall plan, with three naves and chapels located between the lateral buttresses.

Its construction was carried out in two phases during the 15th and 16th centuries. In the first phase, it was built until the choir; in the second phase, Diego de Riaño played a very important role.

The Puerta del Sol (Sun Gate) and the Sacramental Chapel are preserved from the Baroque period.

The work on the tower began in the 16th century and was completed in the 19th century. The capital and the clock were donated by the local noblewoman Carlota Quintanilla.

Visigothic liturgical calendar carved on one of the columns in the courtyard.

The main altarpiece, crafted in 1563 by Juan Bautista Vázquez, has reliefs alluding to the life of Jesus, interspersed with Marian scenes.

The main sacristy is not only interesting for its architecture, but also for the artistic treasure it contains.

Among the pieces of precious-metal craftwork, the processional monstrance, made by Francisco Alfaro between 1579 and 1584, particularly stands out.

The Romanesque carving of the Virgen de Gracia, patron of the town.

In the antechamber to the sacristy, there is an image of the Immaculate Conception carved by Pedro Duque Cornejo in 1724.

The stellar vault of the crossing tower, located in the fourth section of the central nave and the chapel of the Christ of the Martyrs, designed in the Flemish style.

An exhibition has been opened to the public with pieces of precious-metal craftwork, ornaments, and paintings by Zurbarán y Bocanegra.