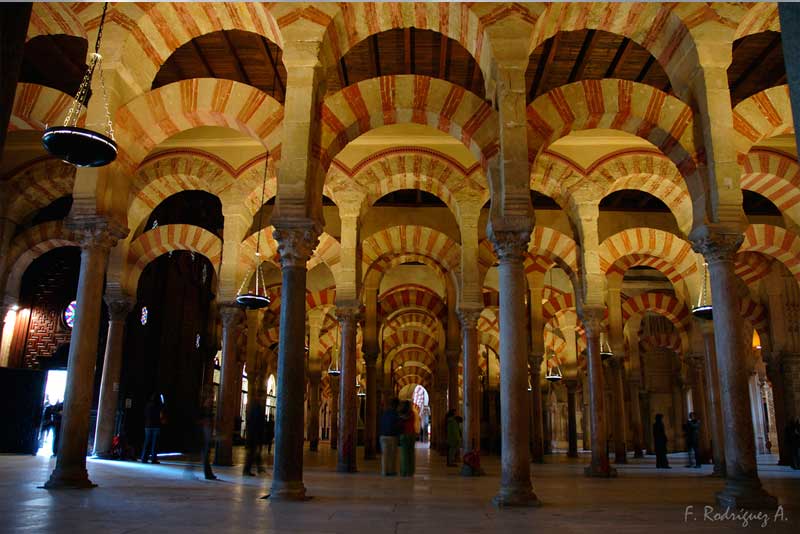 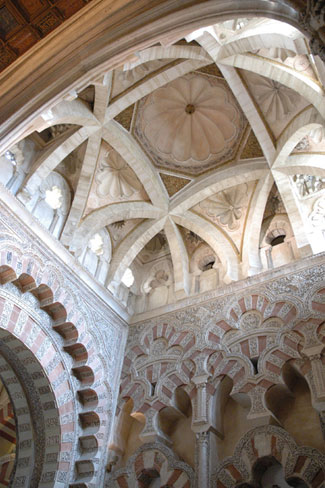 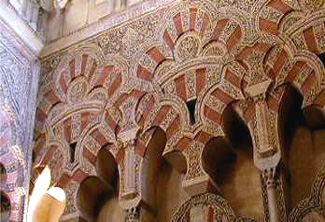 The Mosque-Cathedral of Córdoba (declared a World Heritage Site in 1984) is undoubtedly the most significant Moslem building in western Europe and one of the most remarkable in the world. The full evolution of the Umayyad style in Spain can be seen in its architecture, and it also features Gothic, Renaissance and Baroque additions made during the Christian period.

The area of the current Mosque-Cathedral had always been a holy site ever since ancient times, dedicated to the worship of different divinities. Under the rule of the Visigoths, the basilica of San Vicente stood here, until part of the site was bought by the Arabs to build their original mosque. The rectangular-shaped basilica was therefore shared as a place of worship by Christians and Moslems during this period. However, as the Muslim population grew, ruler Abd al-Rahman I acquired the whole building, which was promptly knocked down to make way for the construction of the first alhama (large public mosque) in the city. Some parts of the original Visigoth building are still preserved in the oldest section of the mosque built by Abd al-Rahman I.

The Great Mosque consists of two distinct areas, the courtyard with porticoes known as a sahn, which features the minaret (the only part surviving from Abd al-Rahman III’s reign, now hidden under the Renaissance-era tower) and the huge prayer hall, or haram. Inside, this hall is arranged like a forest of columns with two levels of red and white arches which create a stunning chromatic effect, and this area is divided into 5 sections, each corresponding to the different periods when the mosque was enlarged.

The original Mosque of Abd-al-Rahman I

Courtyard of the Orange trees

– More information about the Cathedral Mosque of Córdoba at https://mezquita-catedraldecordoba.es/