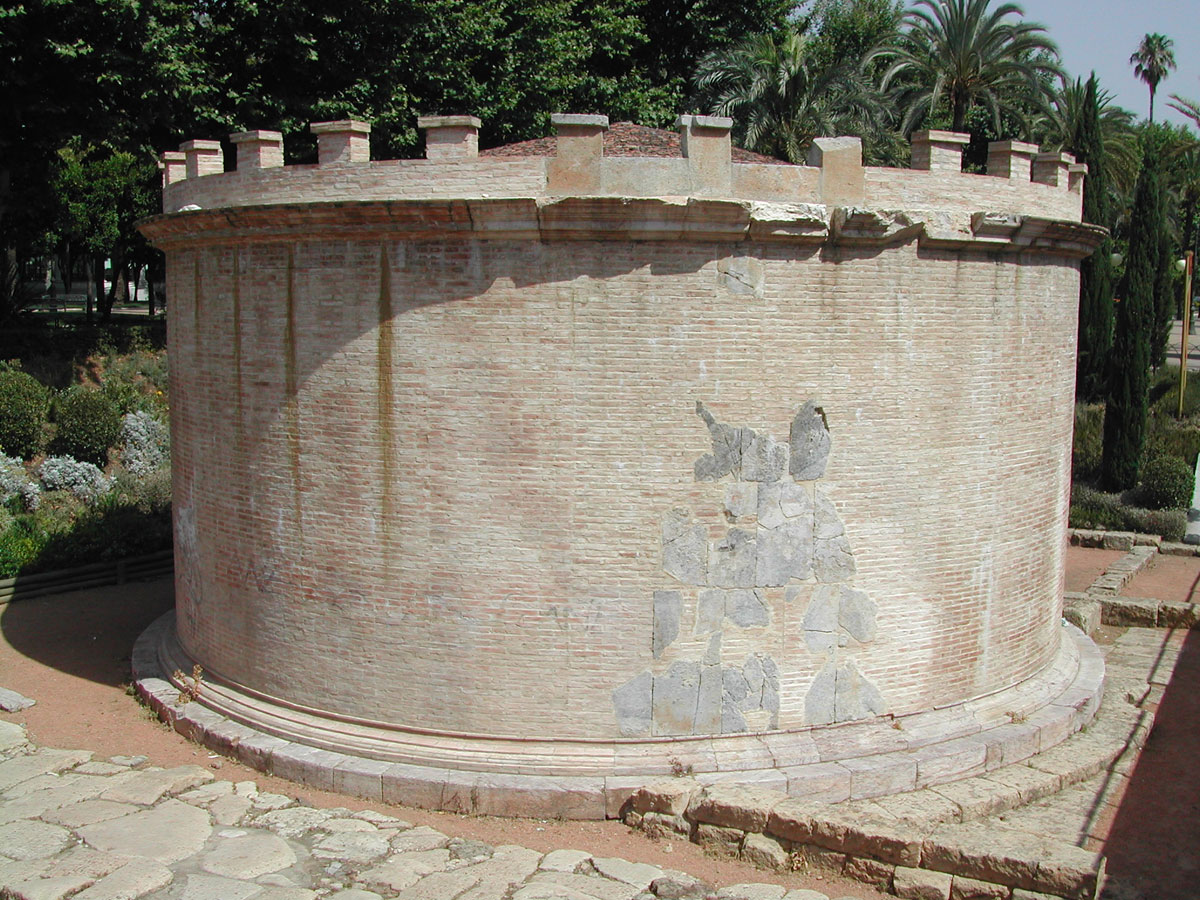 These impressive monuments, dating from the mid 1st Century A.D., one of which has been fully restored and the other only partly, are the most significant Roman funerary monuments in the city. The huge, cylindrical buildings, built by the side of the main Corduba-Híspalis road, give us an insight into the nature of the wealthy families who had them built. They are of an unusual style for the Iberian Peninsula, so they could well have been designed by an Italian architect, who took other mausoleums of the imperial capital as his model. The mausoleums were discovered in 1993 during a routine archaeological test dig. One of the mausoleums is now open to the public: visits are by appointment only – and inside there is an Interpretation Centre for Funeral Monuments.