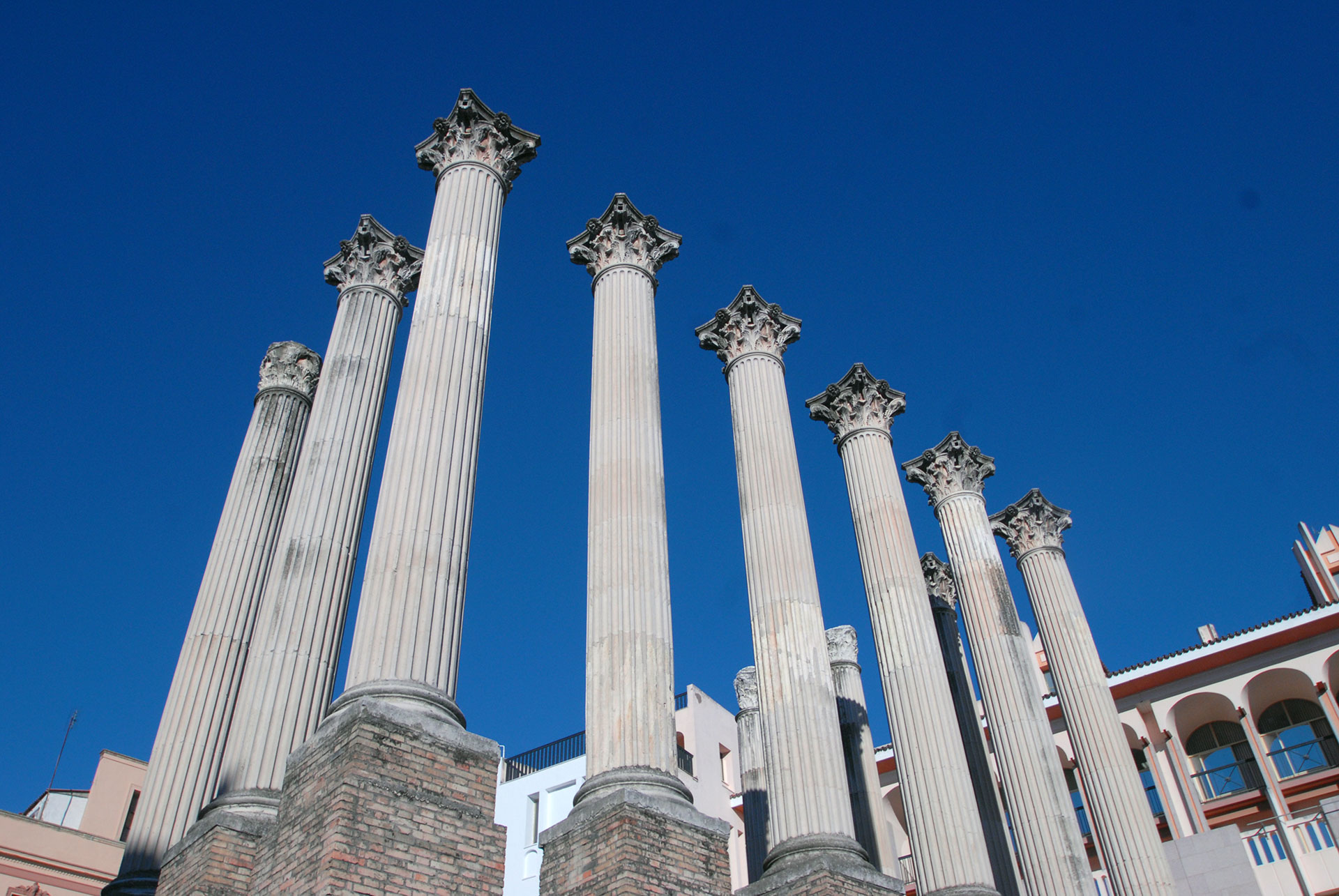 Beside the City Hall stands the only Roman temple in Córdoba for which we have strong archaeological evidence. The temple is huge, standing on a raised podium, originally with six free-standing Corinthian columns at its entrance. It was dedicated to the imperial cult, with an ara (altar) at the front and, together with the Circus Maximus, formed part of the Provincial Forum complex. The restoration work was carried out by architect Félix Hernández, and gives us a real idea of the grandeur of Cordoba in Roman times. Some of the original remains from the temple are on display in the Archaeological Museum, while others have been included as features in the city’s streets and squares, such as the fine fluted column standing in the Plaza de la Doblas.

The Roman Temple of Córdoba was reopened to visitors in December 2013 with a new, improved lighting system, and also offers a range of different activities.