The building of the church of Saint John the Baptist is located in the medieval enclosure and built in the fifteenth century, It has a Gothic-Mudejar style and consists of five naves. Its main altarpiece, one of the most interesting in Western Andalusia, contains fourteen boards painted by Alejo Fernández and sculptures by Jorge Fernández. The choir (1715-1717) is a work of Juan de Valencia. It also has works by Alonso Cano, Pedro de Mena and the Portuguese painter Vasco Pereira.

It possesses very interesting liturgical objects, among which stand out the miniated choral books from the end of the XV and second third of the XVI; the fabrics and embroideries from different periods such as the fear, of 1554, work of Lorenzo Castellanos, the coat of the Apostles, from the second third of the 16th century, and dalmatics from the 17th and 18th centuries. The goldwork, which spans from the fifteenth century to the present day, is represented by works by Francisco de Alfaro, such as the custody (1575-80); chandeliers and altar supplies by Juan de Orea; the golden chalice donated by José Guerrero de Ahumada; and pieces executed by Laureano de Pina, Pedro Zubiete, Marcos Beltrán and Ambrosio de Soto. 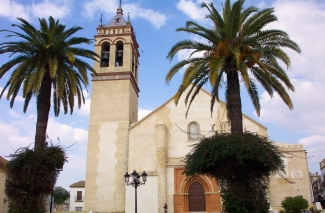 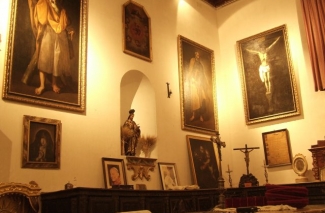 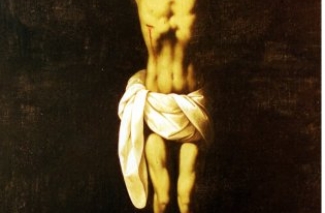 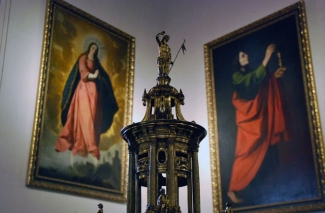