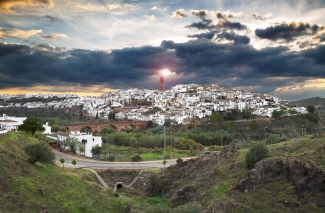 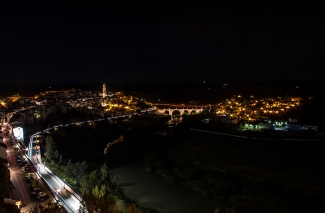 M ontoro is a town in the province of Cordoba, located 47 km from the capital. Its location, next to the Southern highway (A-4 / E-5), the N-420 (from Cordoba to Tarragona through Cuenca) and the Madrid-Cádiz railroad line, make the place a strategic spot in terms of communications and tourism.

Its picture is drawn based on the contrasts of the red of the local molinaza (sandstone) and the white of the lime, typical of the Andalusian houses. From a distance, its houses seem to hang over the Guadalquivir slopes. The preservation of these traditional architecture values and its characteristic town center made it was declared a Historic-Artistic Site in 1969.

Montoro is also one of the largest towns in Spain, with a total area of around 580 km2. A large part of this extension is protected natural areas within the Cardeña – Montoro Natural Park, habitat for endangered species such as the Iberian lynx, the wolf, the Imperial eagle or the stork, among others.

The town currently has about 9650 inhabitants, growing with events such as the international and biannual Olive Tree Fair, or Holy Week, declared a National Tourist Interest Festival in Andalusia. To enjoy cultural activities, nature or active tourism, the town offers a wide range of stores and tourist establishments (hotels, hostels, rural houses, etc.) available to visitors. 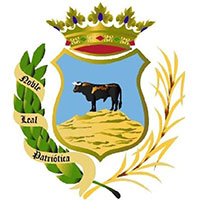