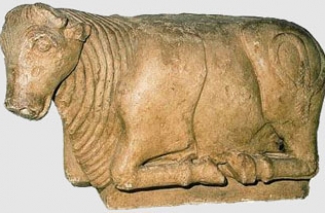 O suna has an important and rich historic, artistic and cultural heritage. The origins of the pre-Roman Urso go back to the first millennium BC. The Tartessians and the Turdetans left beautiful examples of their art and culture as can be seen in the Iberian sculpture collection, to which both the Toro (bull) and the “Osuna Reliefs” belong. These pieces of art are on display in the National Archaeological Museum and in the Torre del Agua (Archaeological Museum of Osuna).

During the Republican period of the Civil War that devastated Rome at the end of the first century BC, it was associated with Pompey´s side in the Battle of Munda, not many miles from our town, becoming the last redoubt that withstood the advance of Caesar. After the conquest, it received the status of Colonia Genetiva Iulia. Therefore, it was allowed to mint coins. Legislation and civic order are inscribed on the “Osuna Bronzes”, a public compilation of Roman laws considered the most important remains preserved in the world.

The ruins of the Theatre and the hypogeum Necropolis (a building carved in stone that covers a time span ranging from the 7th century to the Visigoth era) still remain from this powerful civilisation settled in this land of contrasts. 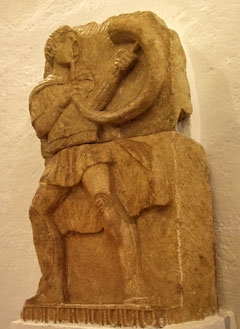 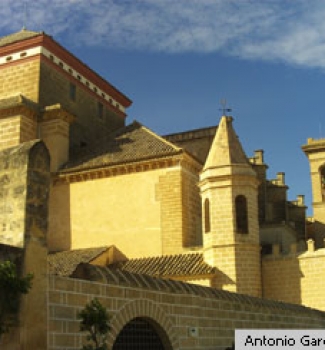 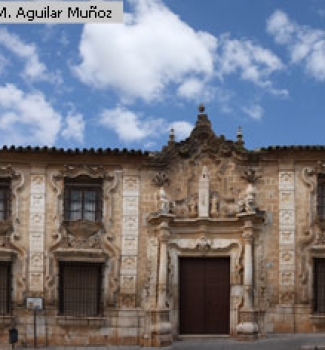 This time is seen as a transition period in which Osuna continued approaching the plain, just before the Muslims settled and fortified the town. The Alcazaba and the Torre del Agua are just some remains of the Islamic domination of over five-century-long Islamic domination that ended in 1240, when a large area of the Guadalquivir valley became part of the Kingdom of Castile in the reign of Fernando III. In 1264, after the Andalusian Moorish withdrawal, Alfonso X donated the town to the Order of Calatrava, who assumed the defence of the border. But, if there is a key date for Osuna and its history, this is 1464, and it has a proper name: Pedro Girón. He together with Henry IV under his influence, offered the Order of Calatrava the Sevillian town in exchange for Fuenteovejuna, in Córdoba, in order to build a stately state to bequeath to their children. He created an entailed estate for Alfonso Téllez Girón, first Count of Ureña. The desire to promote to higher positions within the nobility forces this family to undertake a redevelopment of the urban landscape in order to turn Osuna into a monumental and, above all, noble town. From the beginning of the 16th century, the second Count of Ureña worked thoroughly to get this aim. The work made by the fourth Count of Ureña, Juan Téllez Girón, is also worth mentioning. The cultural flowering of Osuna was also developed under the auspices of the Téllez Girón, founders of the University of Osuna.

Osuna’s prosperity was also evident in other impressive buildings such as the baroque palaces built shortly afterwards under the economic resurgence of the second half of the 18th century. The Palace of the Marqués de La Gomera and the Cilla del Cabildo of the Seville Cathedral, both situated in San Pedro Street, are particularly relevant.