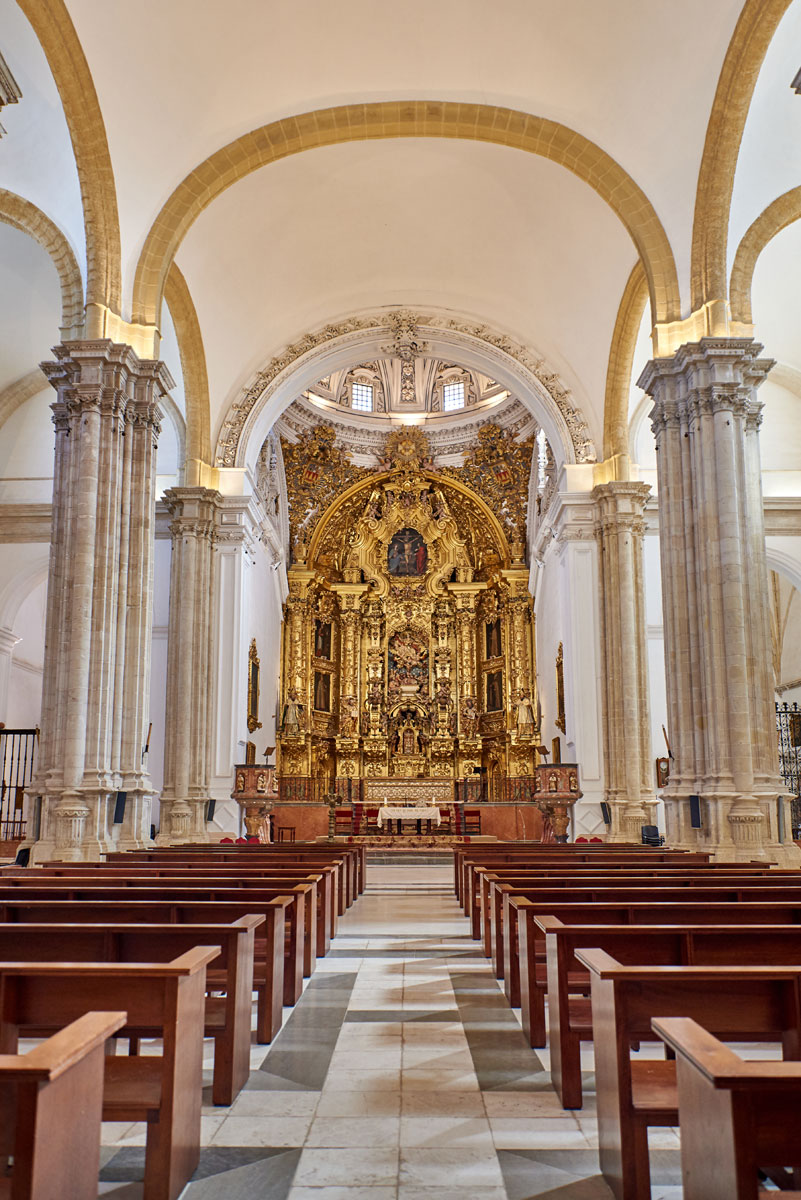 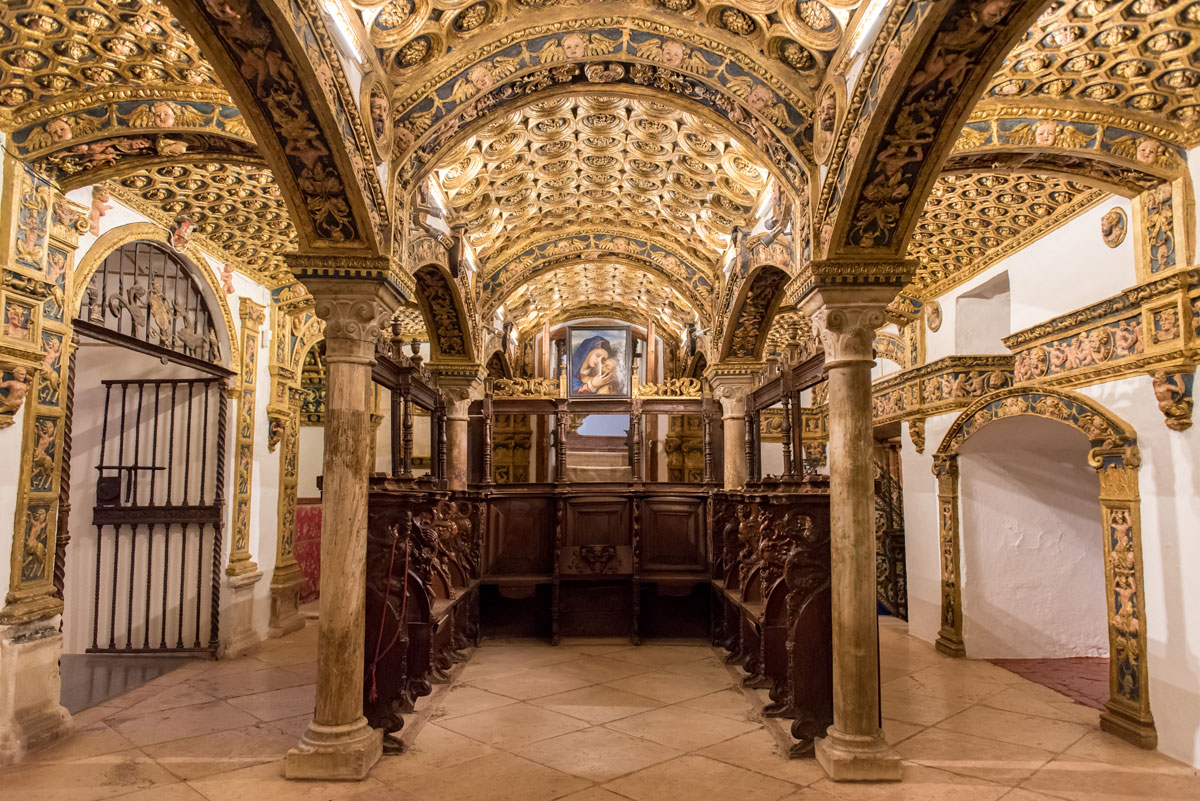 A very interesting example of Renaissance style that houses an important collection of Sacred Art.

It is one of the foundations by Don Juan Téllez Girón, IV Conde de Ureña, who obtained the bull to erect the old parish in the Collegiate Church, under the title of Nuestra Señora de la Asunción. The project of the work would be transformed into a Renaissance style, probably by the intervention of Diego de Riaño and Martín de Gainza. It is built in stonework and has a rectangular plan with three naves with side chapels.

Outside, the Collegiate Church has three portals, the main one being the most interesting. Known as Puerta del Sol, it has an excellent plateresque decoration based on grotesque figures and medallions that shares authorship with the decoration of the Holy Sepulchre. On the left side of the facade the tower stands, rebuilt in 1924 due to the destruction of the previous one which was struck by lightning. Since then, it has been unfinished.

The construction of the Ducal Pantheon, inside the Collegiate Church, was also founded by Don Juan Téllez Girón. This has a Plateresque style decoration and is attached to the Church, being able to access it through a doorway made of polychrome marble in black and gold adorned with angels and funeral motifs. In this place you can visit the burials, the chapel, the tabernacle, the sacristy and the courtyard.

The Museum of Sacred Art is located in the sacristy of the Collegiate Church, other than that of the tomb. It houses four works by José de Ribera (the fifth located in the Church) as well as an important collection of gold and silver pieces and a room dedicated to sculptures from different periods and schools.