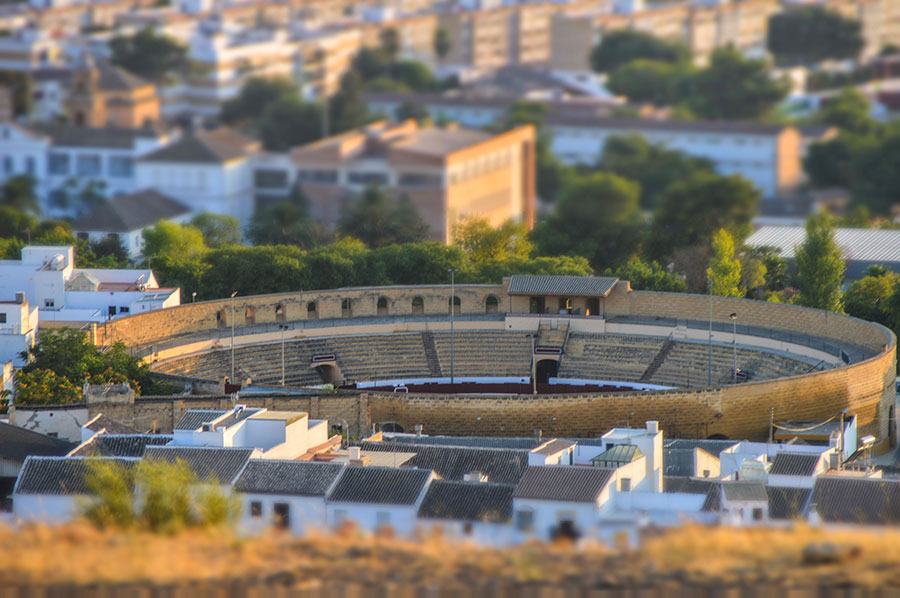 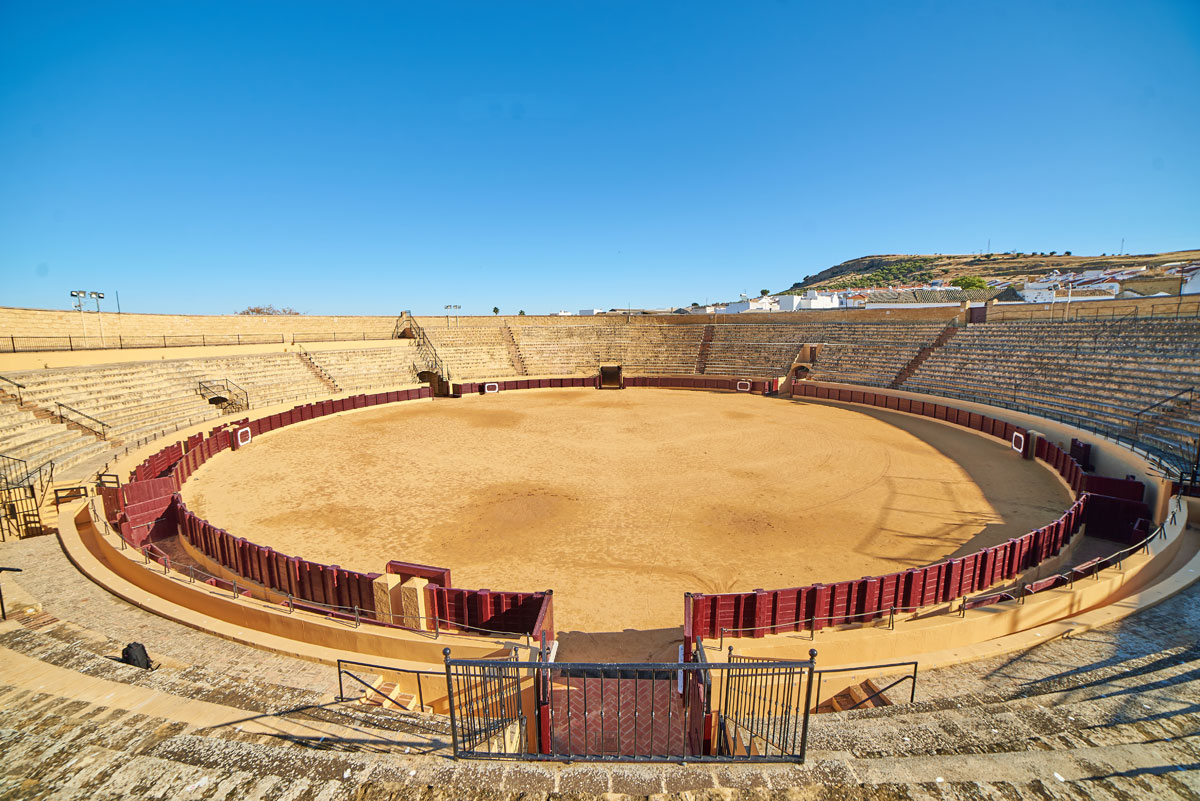 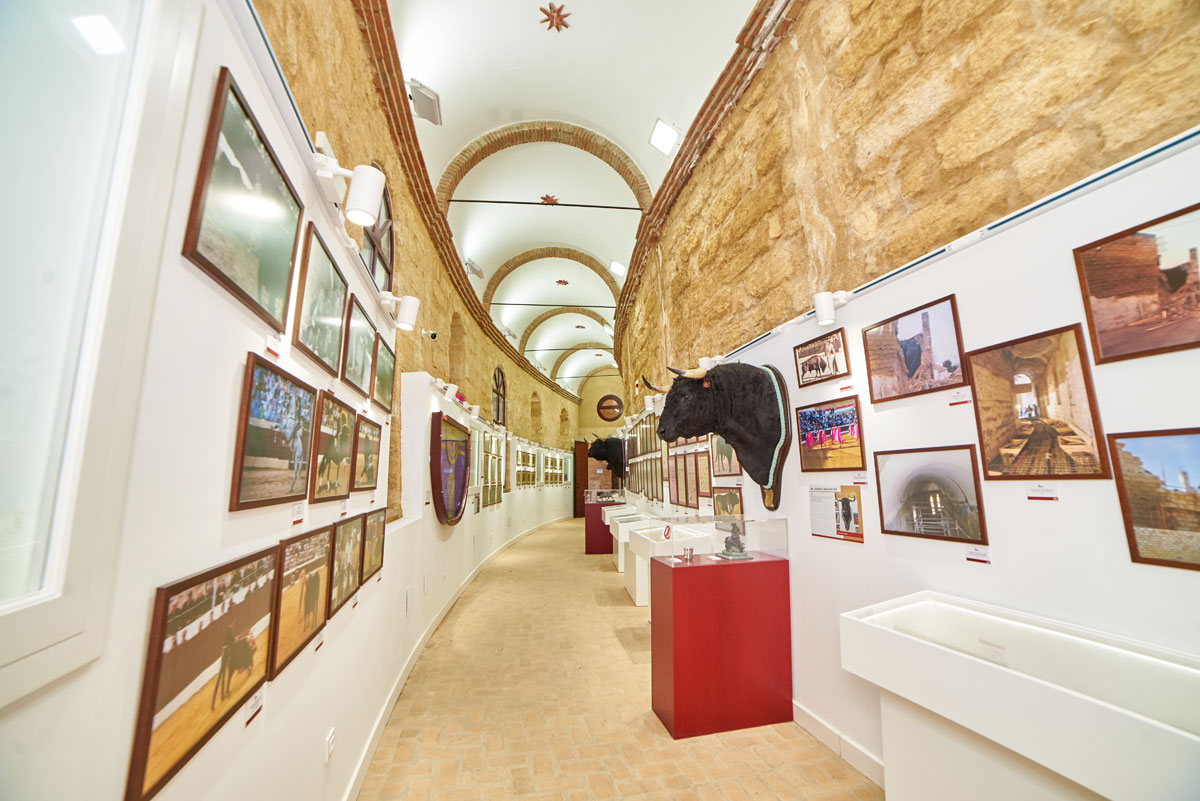 Inaugurated in 1904 with a bullfight where the “diestros” Antonio Montes and Rafael González “Machaquito” fought, this Plaza de Toros was built by Aníbal González, a popular Sevillian architect.

The bullring was built according to the scheme imposed in that period: ring, barrier and alley, supported by two concentric walls of sandstone from Las Canteras and subdivided into eight sectors marked by eight original accesses. In the middle of the ring, in front of the “toriles”, there is a vaulted and earthy tunnel which reminds us of the oval amphitheatre of Italica.

Among the auxiliary units, we find: the chapel, the horse yard, the infirmary, the slaughterhouse and the “toriles” with their recon corral and eight bullpens.

The arena of the bullring measures nearly forty-eight metres in diameter, being one of the largest in the peninsula. The stands have a capacity of 6,500 seats.