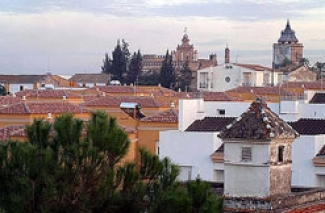 The town of Santiponce is born in the Middle Ages on the banks of the Guadalquivir, in a place called “Iron Island”, where today is located the Olympic Stadium of the Cartuja. Because of his proximity to the river, he suffered frequent floods, and in one of them, which occurred on December 20, 1603, he was buried forever. The surviving neighbors sought the protection of the monks of the monastery San Isidoro del Campo, who gave them higher lands, building the new Santiponce, almost entirely, on the ruins of the Roman city of Itálica.

Once settled the village in its current enclave, in the year 1.691 the monks managed that Carlos II give a royal privilege to organize the fair of Santiponce, frank fair  to celebrate all the first of October, with the purpose of activating the economy of the municipality

At the same time, the local Fair and the Popular Crafts Exhibition are taking place, faithful references of this activity of yesteryear. 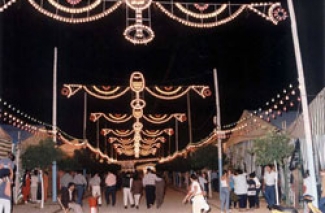