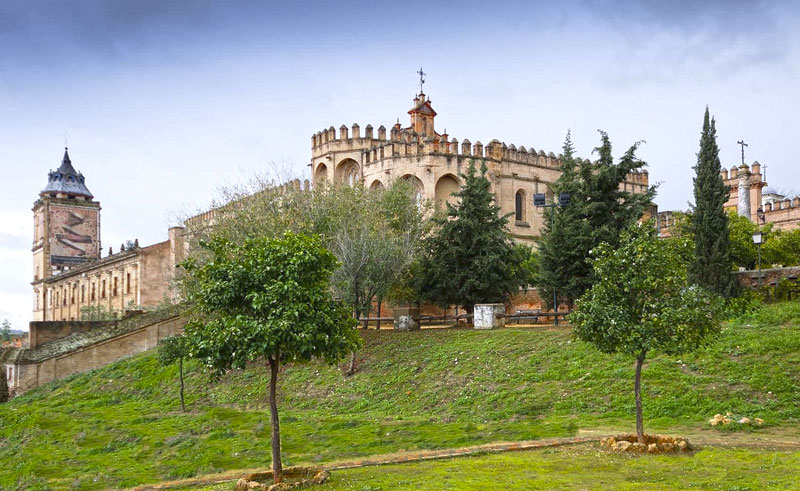 It was founded in 1301 by Don Alonso Pérez de Guzmán “el Bueno” and his wife Doña María Alonso Coronel, with the aim of becoming the family pantheon of the Andalusian Guzmanes. Its custody was handed over to the Cistercian Order, who managed it until 1431, the year in which it would be replaced by the hermits of Lope de Olmedo (known from then on as “isidros”). In this period the access area (current Cloister of the Evangelists) is formed, as well as an extensive decorative program of the monastic spaces.

The medieval building is made up of two Gothic one-nave churches, the founding of Guzmán “el Bueno” and the one built a few years later by his son Don Juan Alonso. To these spaces of worship is added the monastic building, located on the southern front of the founding church and organized around the Cloister of the Dead, thus known for being the burial place of monks from the “isidra” era. The monastery also housed other notable burials apart from those of the members of the Guzmán family, and thus for example welcomed for several years the remains of Hernán Cortes, before his transfer to Mexico.

Publishing the translation (known as the “Bear Bible” for the illustration of her ex libris.

In the middle of the 16th century, one of the first translations into Spanish of the Bible was undertaken in San Isidoro, a project that would eventually lead to the intervention of the Holy Inquisition in 1558, and the flight of some of those responsible, highlighting the Casiodoro de Reina friars. and Cipriano de Valera. Reina continued the work, publishing the translation (known as the “Bear Bible” for the illustration of her ex libris.

After the reformist episode, the monastery would pass to the Jerónima Order, carrying out several transformations of the liturgical and monastic spaces, among which the construction of the altarpiece of the foundational church, work carried out by the Sevillian sculptor Juan Martínez Montañés, stands out, also responsible for the exceptional size of San Jerónimo located in its central street. At this time, the Chapter House and other spaces of the monastery were also redecorated, accentuating its role as one of the main focuses of the Counter-Reformation in the Seville area. 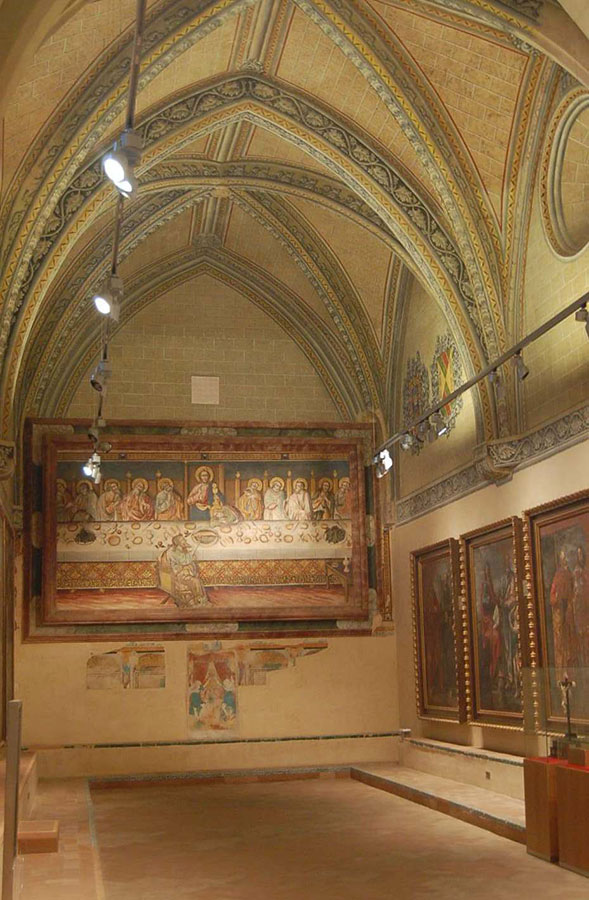 Cloister of the Evangelists

The monastery remained active until the confiscation of 1834, when the friars left the building. The monastic activity would resume briefly in 1956, ending definitively in 1978. Currently the old monastery is part of the network of Cultural Enclaves managed by the Andalusian government.

Although in appearance it is a single temple it is constituted by two churches, of a single rectangular nave. These are Gothic-Mudejar style, built of brick. At the foot of the chapel of Guzmán el Bueno is the courtyard of the evangelists, with two floors.

The superior one with semi-circular arches lowered on octagonal brick pillars, and the lower one with pearly arches. In the galleries we can contemplate beautiful XV th century murals depicting saints, bishops, heraldic and lacery motifs, an allegory of the Tree of Life.

The Courtyard of the Dead, located to the south of both churches, is also a two-storey building with octagonal pillars, decorated with star-shaped openwork. This courtyard also has mural paintings. 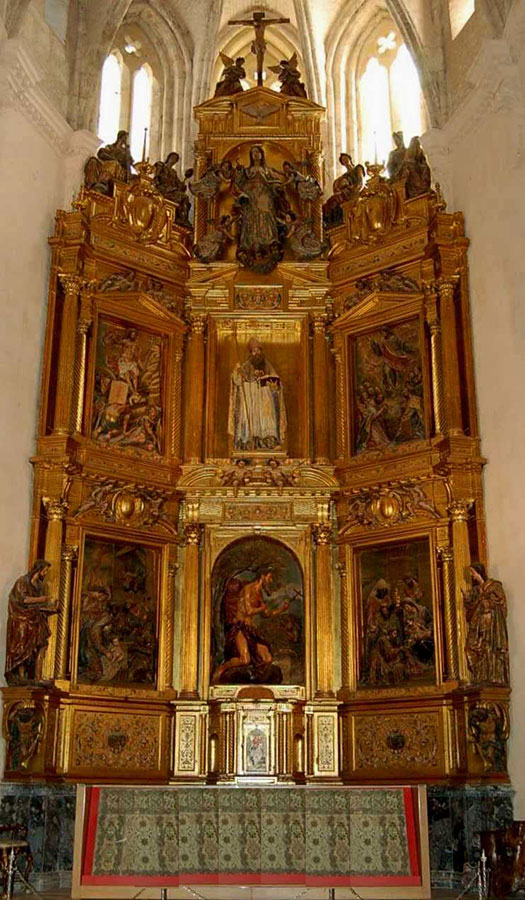 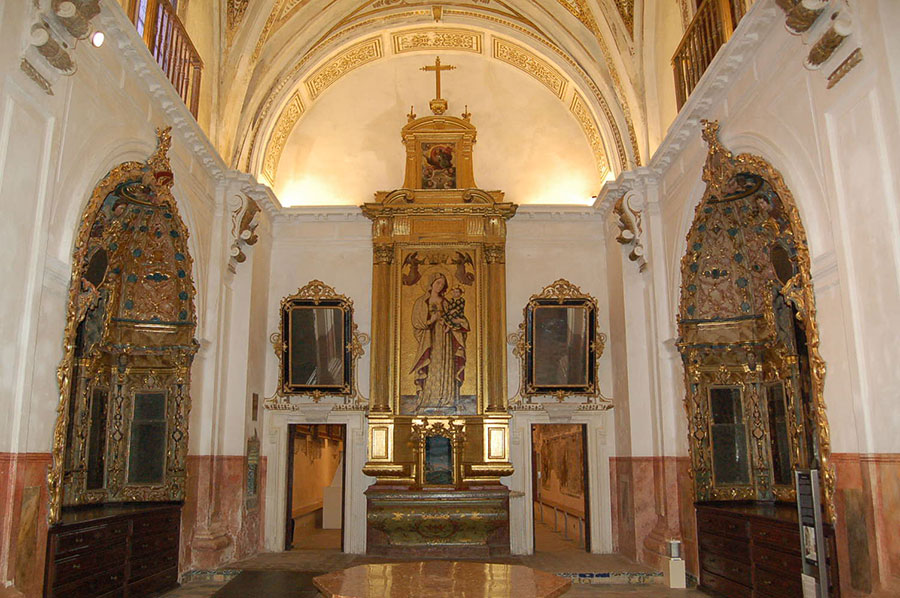