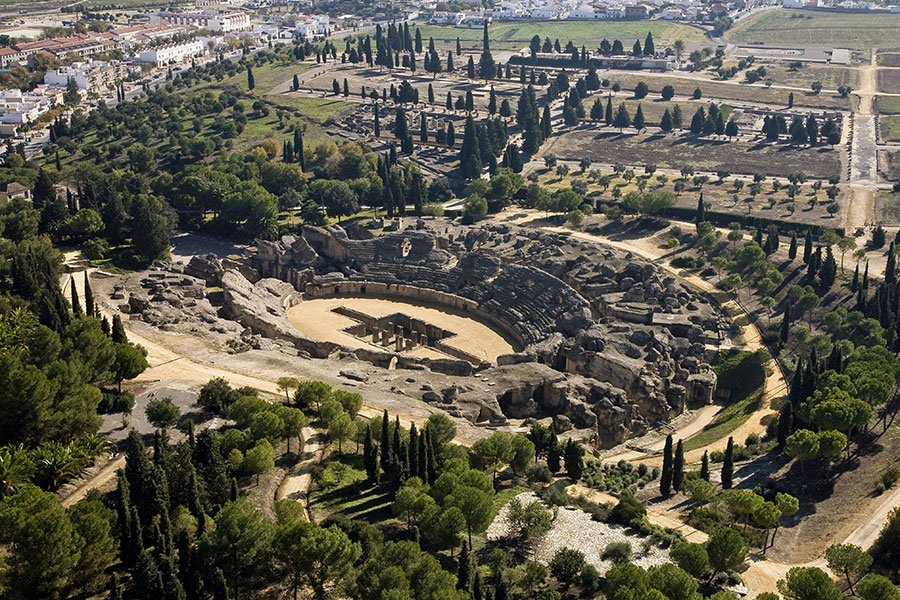 The city of Italica was founded by Publius Cornelius Scipio in 206 B C.,to establish veterans in it of the battle of Ilipa, in which the Carthaginian army was defeated. It received its name in memory of Italy, from which the first inhabitants of the city came.

The city founded by Scipio must have resembled a military camp, with a quadrangular plan with a pit and breast wall , and housing a temple with three chapels whose foundations have been found in the western area of Santiponce.

Trajan was born in Itálica, in 53 d. C. Being the first Roman emperor born in a province. In this city also resided what would be his successor, the emperor Hadrian, who also awarded with his consent the name of his family to the city, since then called Colonia Aelia Augusta Italica. 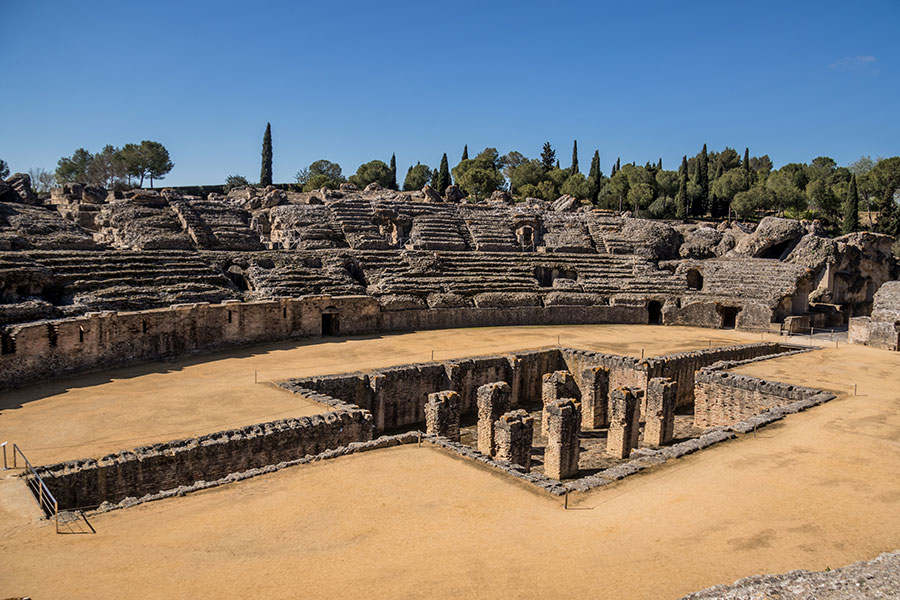 The city was divided into two parts, the so-called nova urbs (new city), that makes and is what forms the current archaeological ensemble, and the old city or vetusurbs, which remains under the town of Santiponce. Currently the visitor makes a tour of the new city, within which tour highlights:

The amphitheater, one of the largest in the empire, had capacity for about twenty-five thousand spectators. The grandstand or cavea, was composed of three levels of which the two lower ones are partially conserved. The center has a pit that served as a service area for shows, and which was covered with a wooden structure. 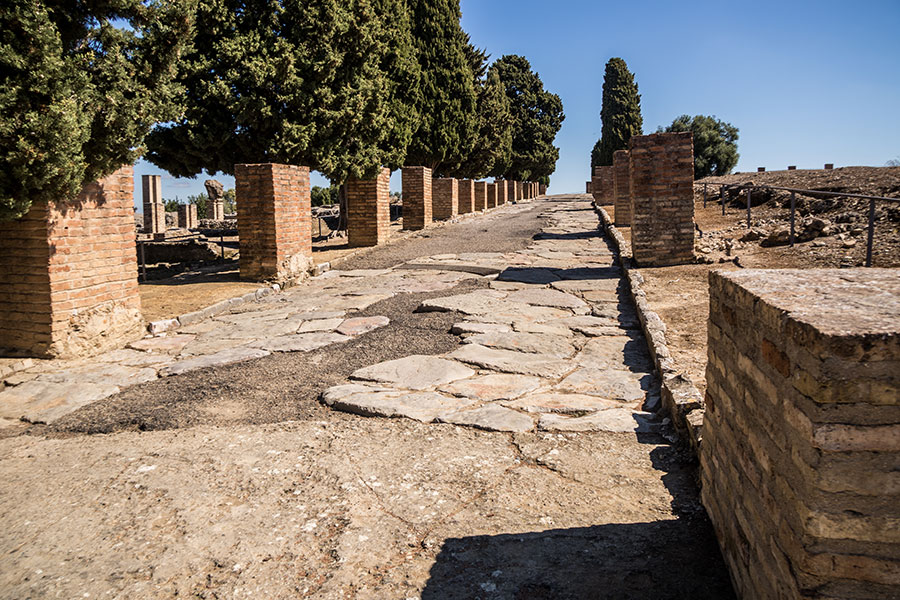 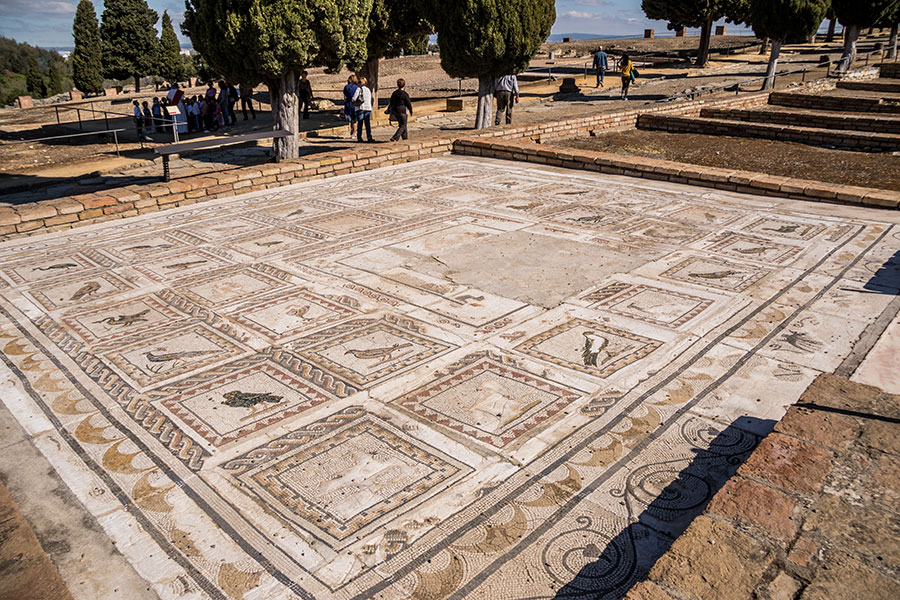 Roman mosaic of the House of the Birds of Itálica. Photo credit: Daniel González Acuña 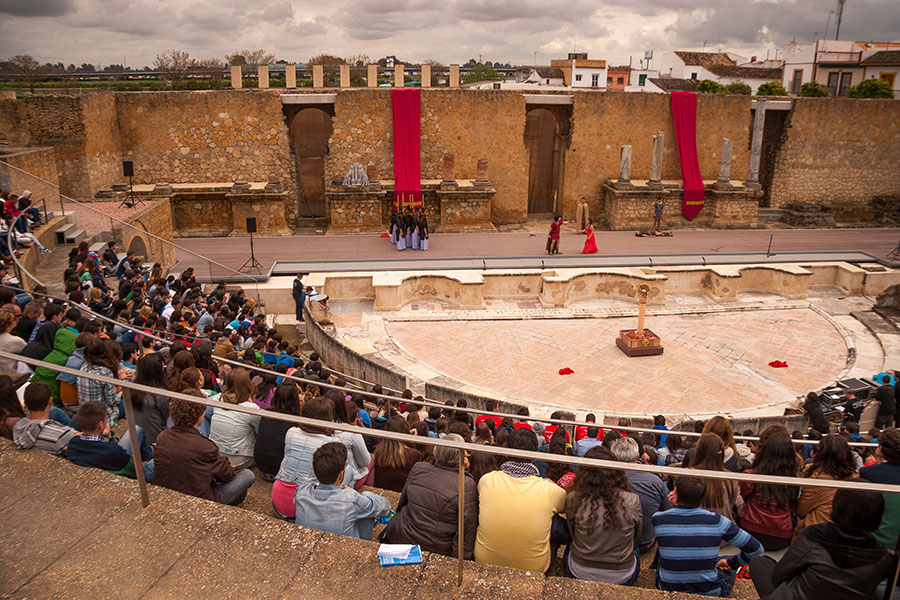 Representation of the Greco-Latin Theatre Festival held at the Roman Theatre of Itálica. Photo credit: Daniel González Acuña
Back