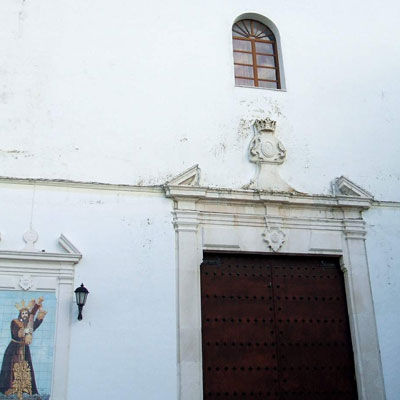 In 1550 the first religious of the Order of San Francisco arrived in Baena, their protector being Doña María de Mendoza y Sarmiento, wife of the first Duke of Baena, building the church, cloister and convent, although the currently existing work is from the 18th century.

The church has a single nave with a transept, covered with a half barrel vault with fajones and lunettes. All the walls are adorned with paintings consisting of rockery decoration, which give the complex an impressive appearance.

The main altarpiece is made of carved and polychrome wood from 1740. In this church is the venerated image of the patron saint of the city, Nuestro Padre Jesús Nazareno.