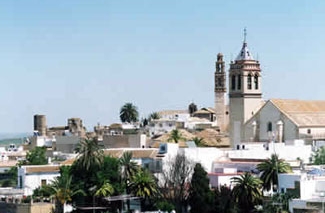 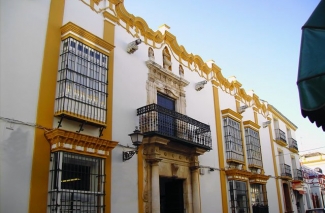 T he beautiful city of Marchena is located in a beautiful valley of the countryside, between two hills at 132 m. altitude.  It is 59 Km. from the capital (Seville) and is the head of the judicial party of its name. It has a population of 19457 and an area of 377 square kilometres.

The fertility of its lands irrigated by the river Corbones and several streams like the Salado, makes agriculture is the basis of its economy, obtaining a high production of cereals and olives.

Its climate is subtropical Mediterranean, typical of the area. The average values of its climate variables are at an average annual temperature of 17.5ºC, with an average temperature of 9.5ºC in the coldest month and of 26.5ºC  in the warmest month.