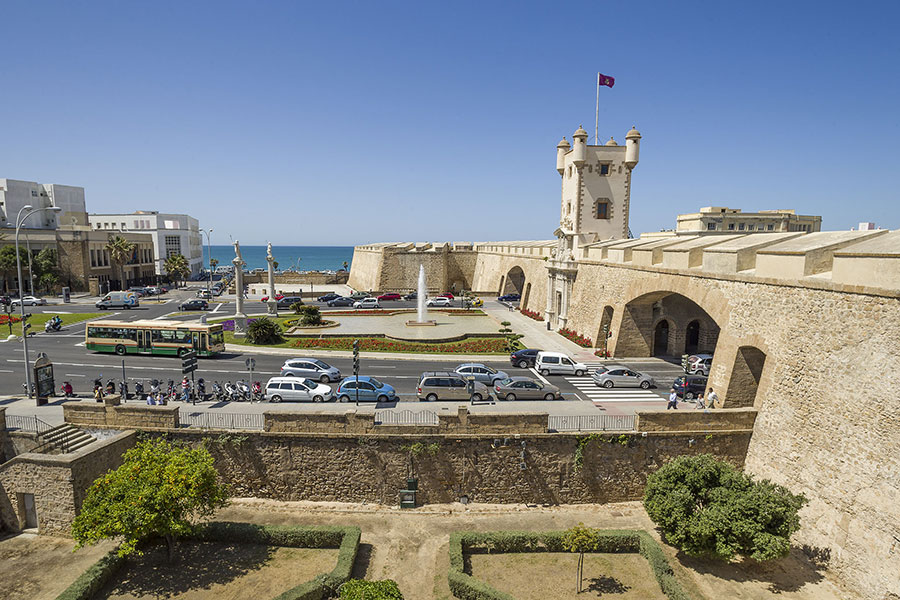 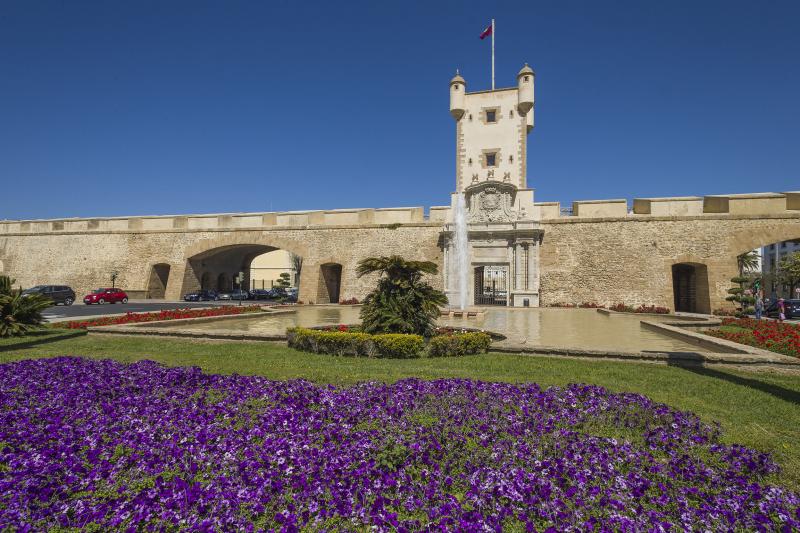 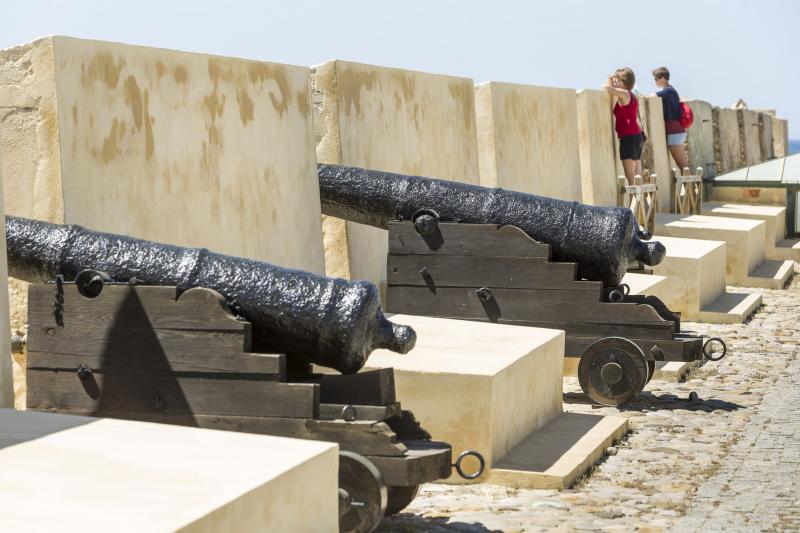 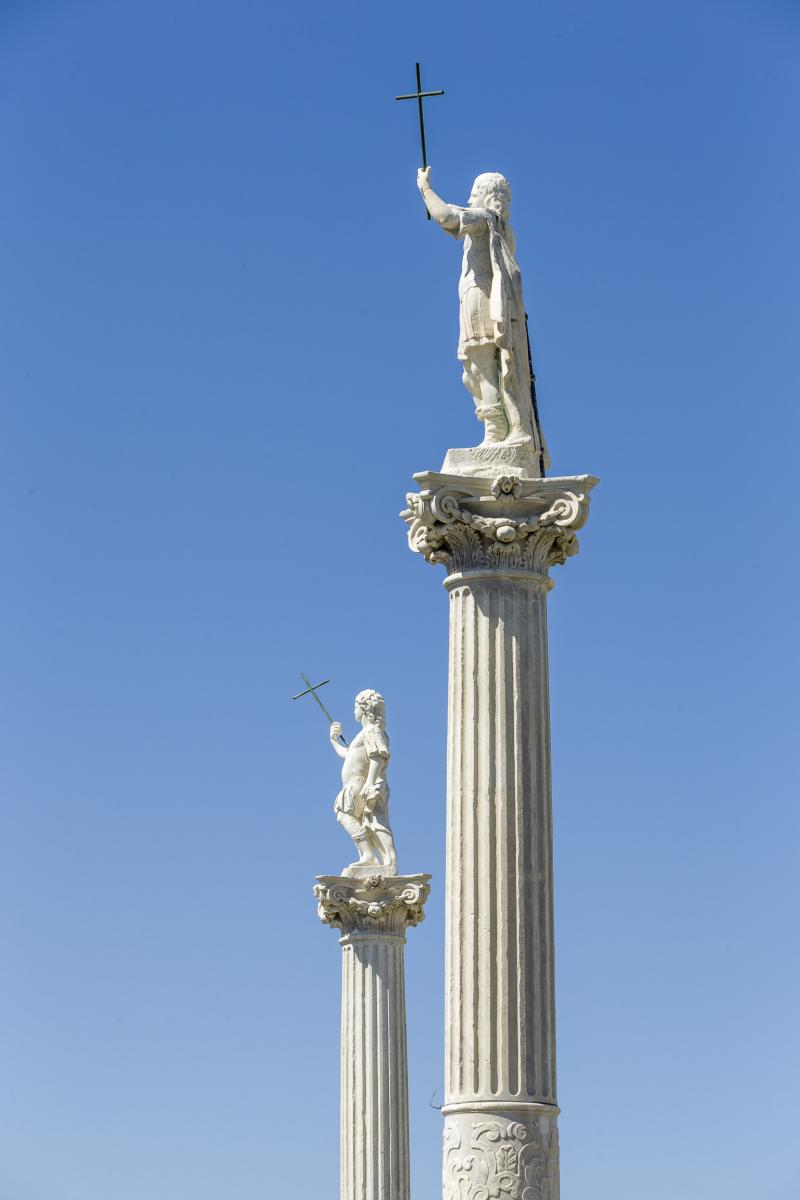 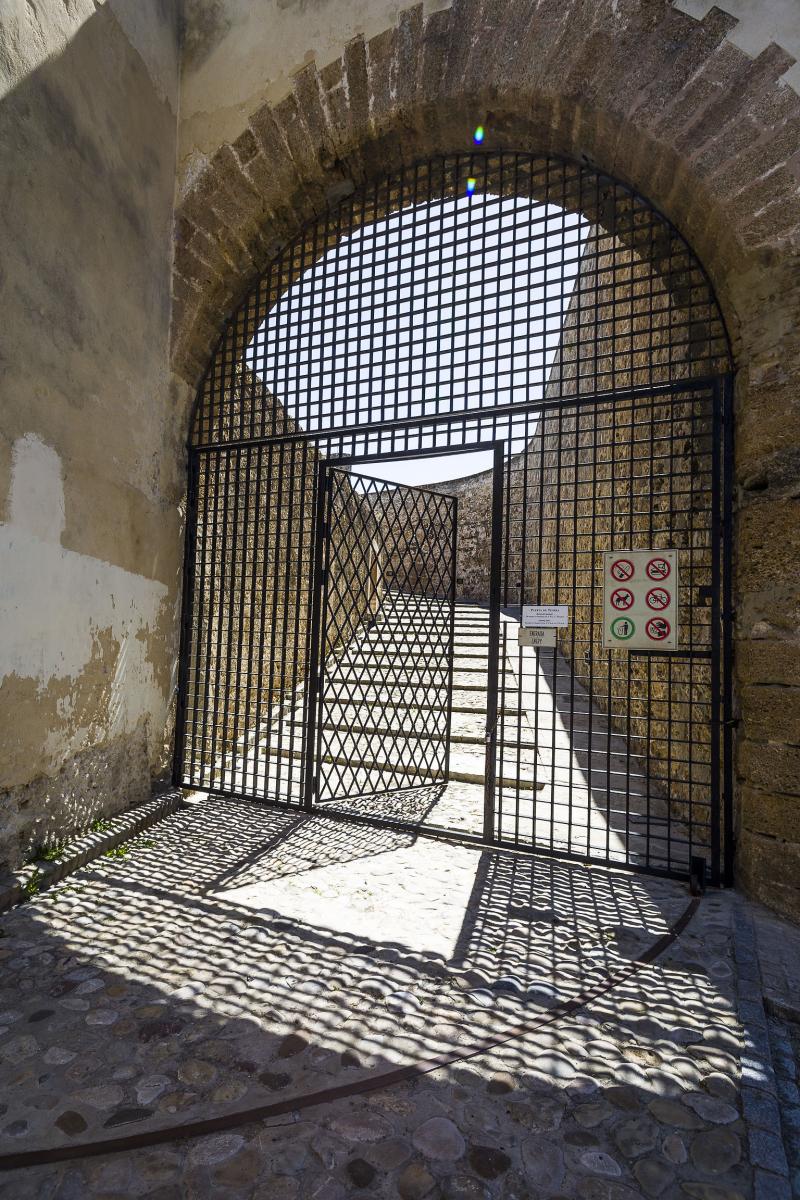 The central vault, turret and upper walkway of Puerta Tierra, the inland gateway, which has been reopened to the public since 2013, are the main features of a structure of great cultural, historical and heritage significance. This gateway is just one of the many buildings and monuments that the city of Cadiz has to visit.

Puerta de Tierra today reflects different construction periods and stages from when the city grew beyond the early medieval enclosure in the 16th century. A wall was then built, whose gateway can still be seen embedded in one of the sections of the current defensive structure. In 1574, the structure was extended when two bastions were added to protect it. The structure as it stands would not be completed until the 18th century.

In the centre, the turret is the focal point of the whole structure and is over the entrance, with a marble door frame, dating back to 1756. An inscription refers to the construction of the gateway and there are the royal and the city’s coats-of-arms accompanied by a military allegory. An elegant marble portico, designed by Torcuato Cayón, was built as a triumphal arch for the facade leading into the city’s old quarter. The San Roque and Santa Elena bastions were built on either side of the structure. They were named after their respective chapels, which were demolished in 1737 when the barracks were built in the inner area of the defensive complex. Demolishing of the whole complex was considered during the first half of the 20th century as the city spread outside the city walls. Fortunately, the decision was taken to fill in the moats and open up two large arches in sections of the wall for vehicles to go through. The central esplanade has two marble triumphal arches dedicated to San Servando and San Germán, the patron saints of Cadiz. The arches were made in Genoa in the early 18th century and had previously presided over the entrance to the city’s port.

Apart from the area that can be visited and which includes the central vault, the turret and the upper walkway, Puerta de Tierra is also home to the Lithography Workshop Museum and the Puppet Museum.

The origins of the Lithographic Museum can be traced back to the former Litografía Alemana de Cádiz, a printmaker’s set up in 1861 and which continued to produce artistic prints until the end of the 20th century. It is one of the few museums of this genre and the most comprehensive in Spain. It should be noted that Cadiz was the third Spanish city, after Madrid and Barcelona, to have a lithographic workshop. The museum has a highly important collection of over a thousand lithographic stones, from the quarries of Bavara and noted for their high quality. Some of them are real works of art as far as old drawing and engravings are concerned. These stones are carefully conserved and on display for the public. Among the Museum’s most striking pieces is a huge stone weighing over 300 kilos and a manual press manufactured in Paris in 1850, which is one of the few that exist in the world.

The Puppet Museum is 1,500 m2 and has 18 restored barrel vaults, that are divided between the first and the ground floors of this attractive architectural enclave. The entrance to the Museum is on one of the sides of the Puerta de Tierra turrets. The premises have been adapted to a museum space, including a well-thought-out use of the exterior space, the restoration and enhancement of the area connecting the former barracks and glacis, fitting out the interior and restoration of the original ventilation systems.

The museum’s “Puppets of the World” permanent exhibition features items from the collection that Cadiz City Council bought from Ismael Peña in 2008. This collection boasts over 500 items, including some 350 international puppets.