The first preserved historical document that tells us about the primitive Church of Santa María la Blanca dates from the 15th century, specifically from 1461 in the testament of D. Lázaro Sánchez Escribano, steward of the nearby Hospital de la Caridad. Although there is even the possibility that a mosque was previously located in the same place. The current building dates from 1627, year in which it is rebuilt due to the poor state of the original Church, and it is done so with a single nave, flat head, choir at the feet, barrel vault with lunettes and two doors of a very classical baroque. In 1752 it underwent a new reform without major structural changes. At the beginning of the 20th century its name changed to the current one, Immaculate Conception.

Inside stood a Baroque altarpiece of three bodies attributed to the workshop of Alonso Cano that unfortunately was lost in the fire that devastated the temple in 1991, as well as the images of worship that were in the building. Current images include San José and Ntra. Sra. del Rosario, which were another temple and hence saved from the fire, the processional images of Ntro. Padre Jesús Nazareno, wood carving of cedar made in 1991 by Miguel Ángel González Jurado and the image of Cristo de la Vera Cruz, carved by Miguel Arjona in 1993.

The interior of the Church can be visited outside the hours of worship and in group visits arranged in advance with the Visitors Centre of the Guadalquivir Valley. 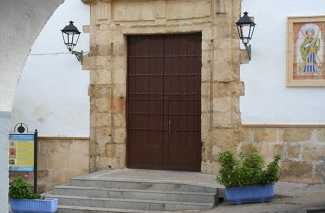 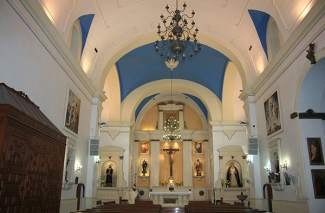 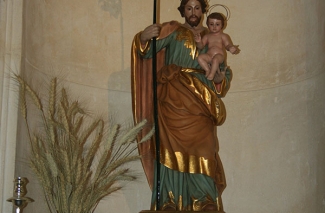