From the middle of the seventeenth century, it presents influences  from Juan de Herrera is architecture. It has two twin towers and three access arches on the façade. The grandeur of the temple Highlights, as it was built in stone and brick, sponsored by D. Manuel Ponce de León, whose mausoleum is located next to the main altar

The interior is made up of three naves (the central one of greater length), and a transversal one, forming a Latin cross plan in whose intersection the dome with lantern is raised. The high relief and stucco decoration of the central nave are particularly interesting because of its colonial American influence, specifically Inca and Aztec: tropical flowers and fauna (pumas, snakes), magical elements such as the sun and moon, and angels of indigenous or mestizo traits. All this makes this temple a unique example of the Spanish Baroque. 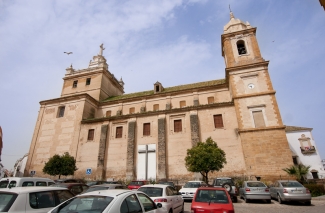 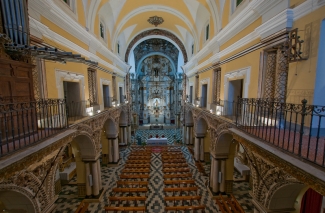 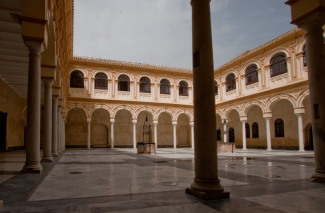